Update: since writing the post below, all spots in the first run of the course, taught by John Adams, are now full. Interested parties can register for the second run beginning December 4th and taught by Julie Gold. 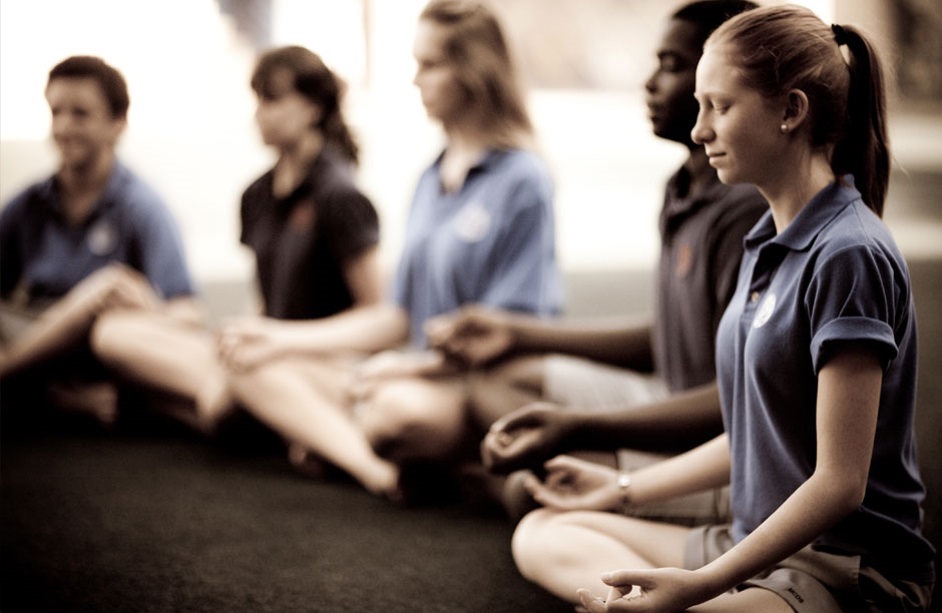 Teachers wishing to qualify for pay increases by gaining graduate level credits now have the perfect opportunity. On September 25th, the Idaho-based education company, The Connecting Link, is launching their online course “Mindfulness in the 21st century Classroom” for the professional development of teachers. This Masters level course is being taught by educational psychologist John Adams and is being accredited through Argosy University, Antioch University, Benedictine University, Valparaiso University and Central Michigan University. It is designed to give educators at all levels an overview of recent research on mindfulness practices. Even better, the course provides step by step guidance on how to integrate mindfulness practices into the classroom.

If you’re interested, here are some links you may want to check out:

Now let’s jump into some frequently asked questions about this course and my involvement in it.

Why are you promoting this course?

This course was designed and written by me, so I have a financial interest in its success. But my interest is not purely mercenary. I originally approached The Connecting Link about putting together this course because I was intrigued with discoveries on ways educators have been using mindfulness to increase young people’s focus and cognitive control.

Focus and cognitive control are not optional extras for an educated person but the backbone of all learning. In his 2013 book, Focus: The Hidden Driver of Excellence, Daniel Goleman shared research showing that a child’s ability to be attentive (i.e., to exercise cognitive control, to remain focused on goals, to exercise impulse control) was an even greater indication of future life success than the child’s IQ or the social economic sector of the child’s upbringing. This is not really surprising, for just as someone who has learned to read can pick up any book in her native language and read it, so a person who has become master of her attention can apply that attention anywhere: in school, in jobs, in relationships, in self-understanding.

As mentioned earlier, I first became interested in mindfulness precisely because of it’s potential to strengthen the neuro-mechanisms involved in attention. Mindfulness is about drawing a wandering mind, again and again, to a present moment experience. It’s like sending your brain to the gym and exercising the muscle of focus. As I explained in my recent article ‘Mindfulness: From Ancient Wisdom to Modern Classroom‘,

“As parents and educators we spend enormous effort (not to mention huge sums of money) trying to help our children be smart, to learn lots of information and to have high IQs. Ironically, however, when it comes to actual success in life, these factors are far less important than the simple skill of being able to exercise cognitive control, to voluntarily bring back a wandering attention over and over again.

If attention is so important, shouldn’t our schools be teaching it?”

I’m still unclear on what “mindfulness” even is and how it relates to attentiveness.

Perhaps you’ve heard the term “mindfulness” used in so many different ways that you’ve found yourself wondering whether the term has any objective meaning. 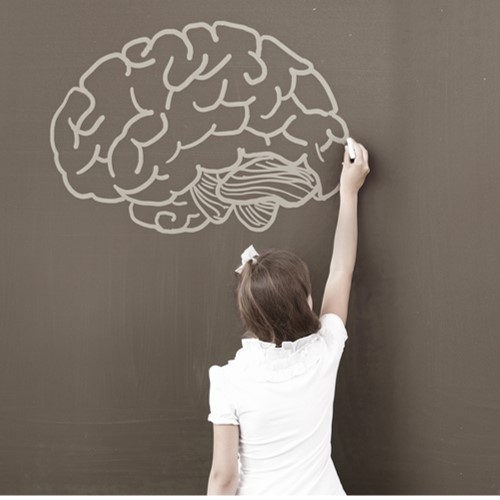 I have discussed all this in more detail in my TSM article “The Three B’s of Mindfulness: Breath, Body and Brain.” In this course we focus on all three aspects of mindfulness. Through mindfulness breathing, students are taught breathing-based relaxation exercises that help facilitate inner stillness and strengthen the neuro mechanisms involved in focus. People call it “meditation” but it could just as easily be called “calming down time.” Then, using mindful thinking, students are taught to catch their thoughts instead of just being subject to them. This helps them better to manage their emotions, control their impulses and to weed out unhealthy cognitions. Instead of judging and arguing with unhealthy thoughts, they are encouraged to just let them go (a practice I have defended here). Finally, through mindfulness about the body, students are helped to notice the signals from their body (“I’m feeling tense right now”, “I’m feeling angry”) in order better to regulate their responses instead of merely reacting. A number of conservative Christians have raised concern about “mindfulness meditation” because they assume it must be rooted in Eastern religious practices, but I might just as easily have called #1 “relaxation techniques” and #2 “meta-cognition” and #3 “self-awareness.”

Now here’s the really cool thing in all this: research is showing that the type of attentiveness involved in mindfulness is a transferable skill that helps a person’s wellbeing even when they aren’t actually practicing mindfulness. That’s one of the reasons mindfulness has been achieving such amazing results in our educational system. I have discussed some of these results in my article for The Connecting Link, ‘Mindfulness: From Ancient Wisdom to Modern Classroom‘ and ‘Neuroplasticity and the Classroom.’

How is this course administered and what is its structure?

This is an eight-week course, where each week the participants learn about a different aspect of mindfulness. The teaching occurs in the form of videos, powerpoints, PDFs, articles and forum discussions under the oversight of the instructor.

As I was putting together the syllabus for the course, and later filling in the content, I wrote and rewrote it many times. The literature on the subject is overwhelming, but in synthesizing it for en eight-week course I wanted to encapsulate the most important aspects. The final structure I decided upon is the following:

Are there any prerequisites to being able to take this course?

How does this course related to your previous educational efforts?

Those who have been familiar with my writings on classical education may view my current work on mindfulness as representing a new direction. Some people have criticized me about this. However, I actually see my work on mindfulness as a unique opportunity to bring classical values into our public schools, if only in a small and incomplete way. If you read all the great poets, sages and philosophers of the past, especially those of classical antiquity and the Middle Ages, the principles of mindfulness are prevalent throughout, although they didn’t call it that. If you give something a trendy name and make it into a movement then it helps people to take it seriously, but mindfulness is as old as the wisdom literature of the Old Testament and as old as the Odyssey of Homer. In an interview I gave Dr. Graham Taylor last year, we talked about various dimensions of brain fitness, and in the discussion of Homer in Part 4 of the interview I suggested that “Neuroscience and cognitive psychology are just catching up to what many people throughout the ancient world understood, and sometimes understood a lot better than we do.”

In the modern world education has come to be perceived as its own department independent of the rest of life and independent of philosophy and virtue. In the classical tradition, however, the value of education was holistic, aimed at cultivating well-regulated affections and tranquility of soul. (I have discussed this a bit in my Touchstone article ‘More than Schooling: The Perils of Pragmatism in Christian Attitudes Toward the Liberal Arts.’) The type of attentiveness that mindfulness can foster is not a sufficient condition for this type of character, but it is a necessary condition. Without attentiveness – including the ability to draw back a wandering mind to one’s present-moment experiences – it is impossible to achieve the type of self-mastery that lies behind a well-ordered soul.

Of course, mindfulness isn’t the only way people can achieve attentiveness. Many of the activities that have historically been part of normal childhood experience – playing with toys, fishing, building forts in the woods, reading, practicing musical instruments, disciplines of religious piety, etc. – implicitly encourage attentive habits of mind. Setting aside specific times for mindfulness is simply one tool for assisting with attentiveness, but to be effective it needs to be integrated into a lifestyle of spiritual, mental and physical wellness .

Attentiveness is something I’ve written a lot about over the years, so I see my present work on mindfulness within this larger context. Some of the places where I’ve explored the importance of attentiveness include the following series.

I’m also coming at this from my background as an educator. As a high school history teacher, I was often puzzled why some students would be able to use knowledge wisely, able to apply principles through various contexts, able to think in schemas and make connections. We spend so much time giving our students content, but without the ability to engage in interconnected schematic thinking, the content will be approached as a jumble of disconnected particulars. After transitioning from being a high school history teacher to being a freelance writer, I had the opportunity to look at this in more detail while studying about the brain for some clients. I was impressed by research showing that both attentiveness and mental stillness are necessary for interconnected thinking, and that too much mental stimuli (especially stimuli occasioned by distractions and multitasking) actually shut down the brain’s ability to engage in interconnected patterns of thinking. As I explained in my post ‘The Role of Stillness in Education‘,

“When our working memory is compromised by too many distractions, some of the first mental functions to be shut off are the ability to put knowledge into schemas, to make connections, and to grasp over-arching narratives of meaning. In short, our brains become lost in a sea of particulars without the ability to connect these particulars into larger structures of understanding. Another function to be shut down is the ability to be attentive to others, to empathize, and to understand things from another person’s point of view. In order for these higher cognitive functions to work, the brain needs lots of time during the day when we are at rest, when we are quiet, and when we can focus on specific mental, imaginative or interpersonal tasks against a backdrop of stillness….Study after study has found that in order for the higher functions of the brain to flourish the brain needs to be given frequent and regular spaces of silence, as well as spaces of deep undistracted attentiveness to a single activity. What both attentiveness and mental stillness share in common is that they depend on the brain being able to weed out incoming stimuli. Times of quiet, as well as times of undistracted focused activity, act as incubation periods in which the brain consolidates what it has learned like a computer defragmenting to weed out the junk.”

Mindfulness is a way to bring stillness to the brain. It’s a way to let students know that sometimes it’s okay to be still. Learning is not only about keeping the brain busy; some of the most important mental functions occur when the brain is still.

Where can I read some of your writings about mindfulness and attention?

More recently I have been writing some articles on the opposite of attentiveness: distraction. These articles have been exploring how many of our modern technologies are rewiring our children’s brains to be perpetually distracted and busy.

For those who may still find it hard to understand what exactly mindfulness is, I recommend my Taylor Study Method article ‘The Three B’s of Mindfulness: Breath, Body and Brain‘ and my article for The Connecting Link, ‘Mindfulness: From Ancient Wisdom to Modern Classroom.’

For some of my more general writings on education, see my Touchstone article ‘More than Schooling: The Perils of Pragmatism in Christian Attitudes Toward the Liberal Arts‘ and my series of Common Core and the Education Tag on this website.