Why Being Modest is More Exciting than Being Immodest 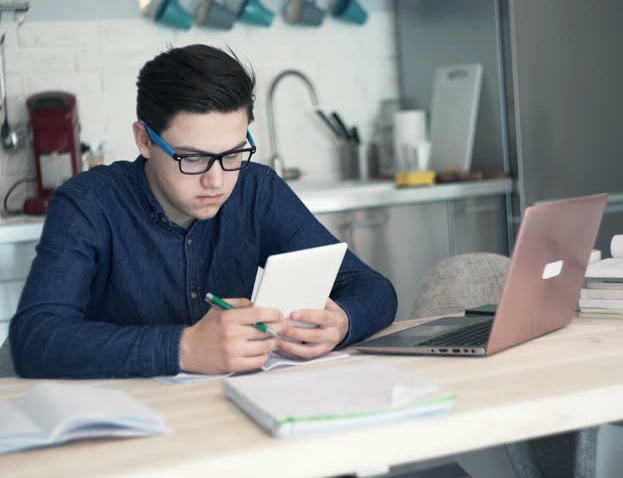 Most of the time, of course, we do grow more skilled at the things we practice, whether it’s learning to play the violin or speak French. But studies show that multitasking falls into the weird category of behaviors that go against this norm: the more you practice it the worse you become. In 2009, researchers at Stanford found that those who multitask frequently and believed that it boosted their performance were actually worse at multitasking than those who preferred not to multitask. Indeed, when measured by the same established cognitive control dimensions, the group who had a lifestyle of frequent multitasking performed worse than the group of light multitaskers.

This is sobering: if you multitask a lot and think you’re good at it, there is a statistical likelihood is that you are actually a very bad multitasker. The study also found that multitasking makes a person “more susceptible to interference from irrelevant environmental stimuli and from irrelevant representations in memory.”

This research seems counter-intuitive and weird. How could practicing an activity make a person worse at that same activity? From a neurological perspective, however, this is not surprising. Study after study has found that in order for the higher functions of the brain to flourish the brain needs to be given frequent and regular spaces of silence, as well as spaces of deep undistracted attentiveness to a single activity. What both silence and attentiveness share in common is that they depend on the brain being able to weed out incoming stimuli. In other words, for the brain to work properly, it needs times when it is not multi-tasking. Times of quiet, as well as times of undistracted focused activity, act as incubation periods in which the brain consolidates what it has learned like a computer defragmenting to weed out the junk. Of course, undistracted focus is not possible in an environment of multitasking.  This may be one of the reasons that another study found that multitasking shrinks the part of the brain involved in emotional regulation and higher cognitive functions.

Other skills that are central to proper learning and information processing–skills like being able to focus one’s attention on priorities and weed out irrelevancy–are skills that diminish the more a person multitasks, according to the Stanford study found.

Even those abilities that you might expect a multitasker to excel at – for example, being able to switch quickly from one thing to another while keeping things separate in their minds – are skills that heavy-multitaskers perform very poorly at. Through a test involving switching between images of letters and images of numbers, the researchers found that those who did not multitask frequently performed better at switching back and forth and keeping things separate in their minds. In other words, the less you multitask, the better you are at it.

If you doubt the scientists when they tell us that the more you multitask the worse you become at it, then I dare you to do a little experiment. Find someone who multitasks frequently, perhaps someone who has been using a smartphone for a number of years and who frequently interacts with the stimuli from this device while engaged in other activities. When this multitasker is in the presence of his or her phone, try to have a deep conversation with the person, perhaps a conversation that involves following out an argument or principle across multiple contexts. Repeat the same experiment with others who have had a smartphone for a shorter amount of time or who may have a smartphone but don’t multitask with it very often. Now here’s the point: if multitasking is a skill you improve at the more you practice it, then you should expect those who have used smartphones for the longest to do a better job attending to you than those who have only had these devices for a short amount of time. If your experience resembles mine, however, what you will actually find is the other way round: those who have had their smartphones the longest (and who have therefore had the most practice at multitasking) will actually perform the worst in this task. This is anecdotal, of course, but it is consistent with what the researchers at Stanford found: the more you multitask, the worst you become at it.

Portions of the above article first appeared in my TSM post, ‘Recovering Quiet in an Age of Noise‘.