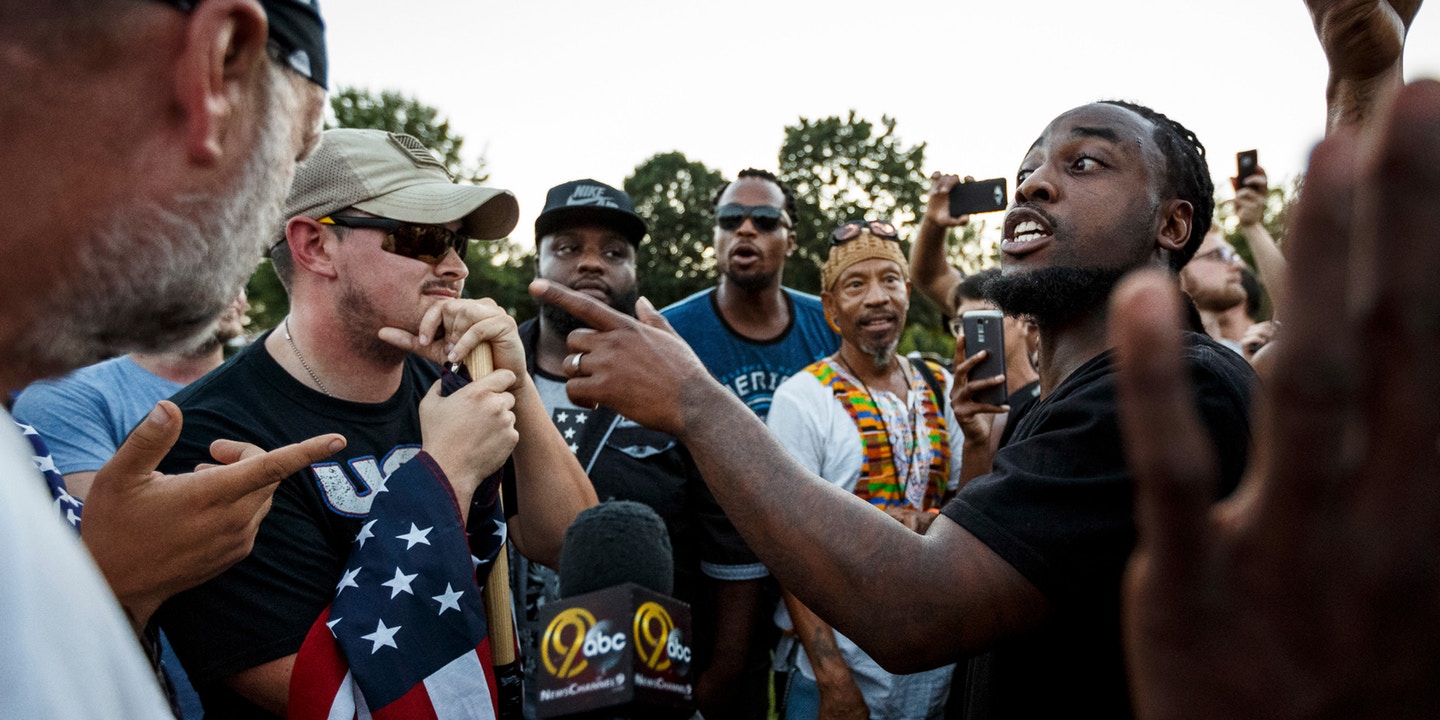 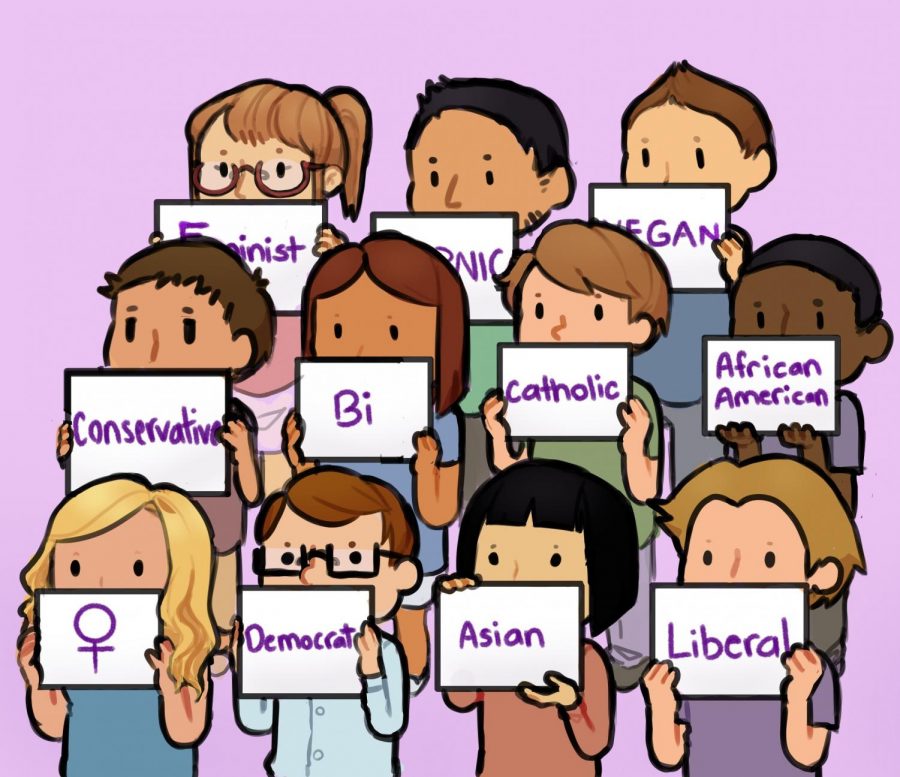 We’ve been hearing a lot recently about the problems with “identity politics,” but what exactly is this pernicious ideology? The simplest explanation is that identity politics makes a person’s particular group paramount, so that group-identity forms the lens through which to view political issues or make policy decisions.

Identity politics draws heavily on certain variants of postmodernism which sees all of us trapped in micronarratives that define us and prevent intelligible interaction across our ideological divides. (I have discussed this in my article, ‘John Milbank and the Life of Pi.’) Society becomes reduced to a battleground among competing among groups, who are locked in a zero-sum battle for power.

Identity politics has been a growing concern in the political left ever since Antonio Gramsci (1891-1937), and later the Frankfurt School, reinterpreted Marxism to no longer be about economics but about power. The resulting “social Marxism” no longer divides society into economic classes, such as proletariats and bourgeoisie, but instead divides society into various group identities, such as race, gender, sexuality, religion, etc. (I have discussed the history of social Marxism in my article ‘The “Quiet Revolution” of Cultural Marxism.’)

A toxic mix of identity politics, postmodernism, and social Marxism, now dominates the humanities departments of most universities, as Rod Dreher has been documenting at The American Conservative. The result is that it is impossible to look at history, religion, literature, culture, and art, without these disciplines becoming fodder for ideology and politicization.

Identity politics is fundamentally at odds with classical and Christian notions of freedom. In this older tradition, going back to Aristotle and finding expression in Christian political thought, liberty is the freedom to pursue the good without external obstacles or restraints. For an organism – whether an individual, a city, or a nation – to be “free,” is for that organism to have the liberty to realize its proper telos and thus to flourish in the good appropriate to it. In the case of nation states, the telos towards which it is oriented is the common good of all people, not the good of one particular person or group. Obstacles that prevent a nation from realizing the common good – whether floods or foreign invasion – can rightly be said to threaten the nation’s freedom. Similarly, policies that privilege certain individuals in a way that compromises the common good of all, can also be rightly categorized as antithetical to the values of freedom. Identity politics, and the progressivist philosophy that forms its larger context, is just such a threat to freedom; moreover, such a philosophy does not even recognize that the common good is a legitimate telos towards which the state ought to be oriented. As Bradley Birzer put it in an article for The American Conservative,

“the progressive vision demands conflict. That is, in its understanding, history is made up of winners and losers. This flies directly against the long tradition of republican and Judeo-Christian thought that calls for the “common good” of the res publica, not the greater good of those who might be victorious… Crazily enough, the modern progressives have done the same thing, yet whereas once our history was written by the victors, it is now written by the victims. Neither is healthy for a stable, just, and free social order.”

Politicians who have succumbed to identity politics see little problem pigeon-holing individuals into belief-patterns based on their group identity, on the assumption that someone’s skin color, ethnic origin, gender, or sexual preferences ought to determine their political beliefs. For example, last year Democrat Congresswoman Ayanna Pressley of Massachusetts went on television and announced,

“Insisting that someone with a ‘brown’ or ‘black’ face must endorse a set of ideological precepts (presumably dictated by Ayanna Pressley)—in other words, that one’s skin color ought to determine how one thinks and acts—is textbook racism.”

Pressley was not an isolated case. Pigeon-holing people based on race is now routine within corporate America thanks to equity policies. The basic idea behind equity policies goes something like this: the different races all have their own perspective; therefore, in order for our corporation to have a access to all the perspectives, we need to put policies in place that enforce racial stratification. This theory might make some sense if members of each racial group thought and acted as a uniform block, but this is far from the case. As Jordan Peterson observed in an interview, “It’s such a pernicious philosophy because it’s predicated on the idea that the way someone thinks is inextricably tied with their group identity.” In another interview he warned that dividing people up into groups leads to “an enhancement of our tribal proclivities.”

Peterson’s point about tribes is crucial. Human beings have always struggled with the polarity between the tendency to break up into competing tribes, on the one hand, and the tendency to control social division through totalitarianism, on the other. Historically, nations avoid these extremes by being held together by common memories, customs, symbols, myths, legends, and strong social institutions that act as a hedge against both tribalism and totalitarianism. In its most rigorous and consistent form, classical liberalism de-emphasizes or ignores these deep-seated cultural-symbolic underpinnings of civil society and attempts to secularize the public life, often migrating transcendence to the claims of the state. This creates a dangerous vacuum in which citizens find themselves without the basic building blocks of national cohesion. This inevitably results in human beings looking to their most basic and primitive bonds for cohesion, thus reverting to a raw tribalism. A secular and materialistic society offers little scope for the type of roots that humans innately long for, while the isolated individualism of Western capitalism leaves humans without a sense of healthy community. All of this creates a dangerous vacuum in which it becomes easy to start looking to race and ethnicity to fulfill our need for identity and inner cohesion. The reason this is dangerous is because every time a nation goes down this road, thousands to millions of people have died. If the West continues this dangerous experiment with identity politics, it is only a matter of time before blood begins flowing in the streets.