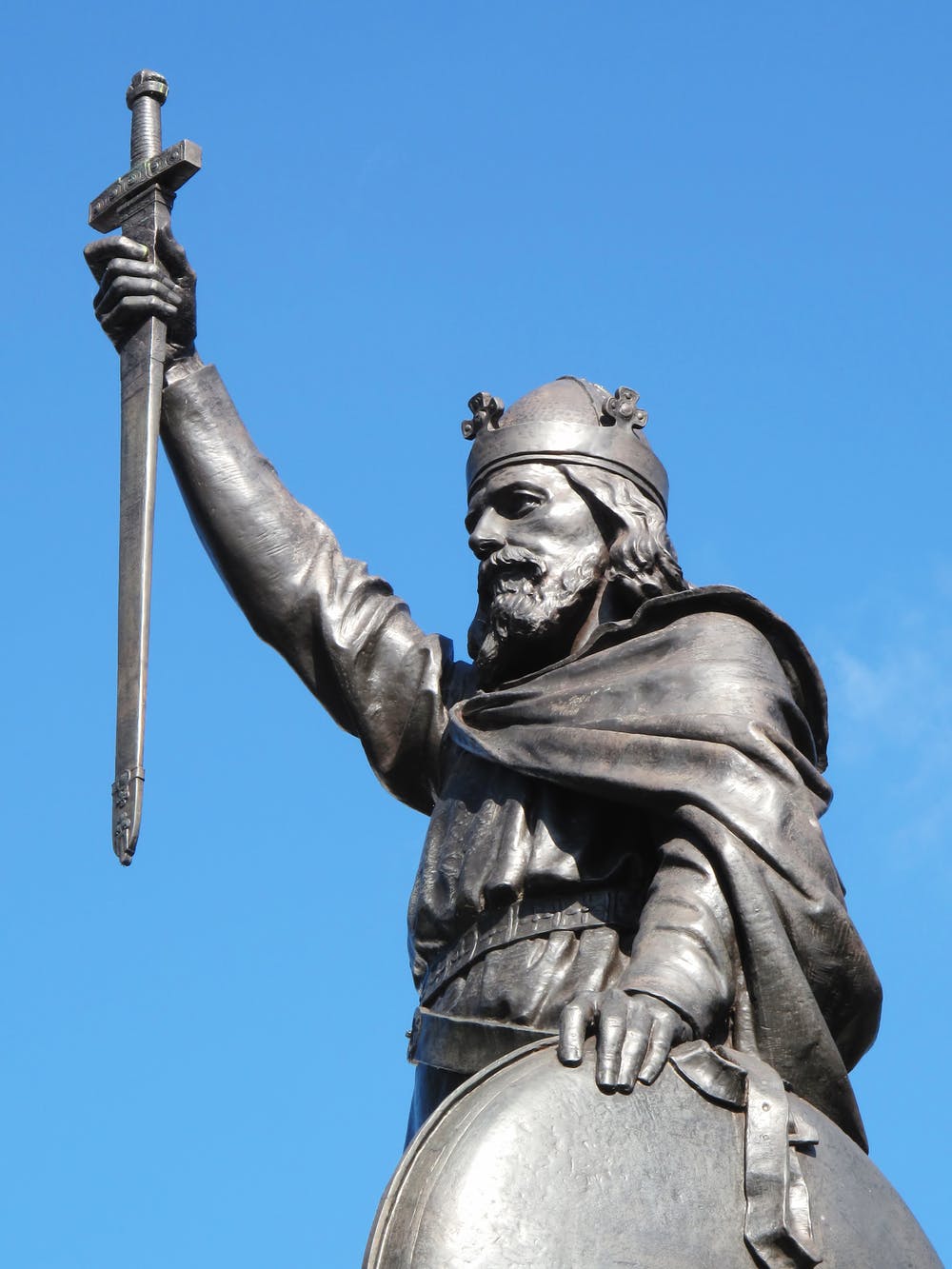 When I was writing my book Saints and Scoundrels, one of the most fulfilling chapters was my chapter on Alfred the Great. I have been fascinated by King Alfred (849-899) ever since I was a boy and read the famous story about him burning the honey cakes. But what impressed me the most when researching for my chapter was the extent to which King Alfred laid the foundation for modern England.

Although King Alfred is considered one of the early kings of England, in actual fact England did not exist in the ninth century. Alfred was the King of Wessex, which was one among a number of small Saxon Kingdoms at the time.

If it weren’t for Alfred, England might never have come to exist. Through his bravery and battle tactics, Alfred warded off the Viking threat and brought stability to the countries that would later united to form England. He brought together the fragmented Saxons and gave them an identity as Englishmen (he introduced the notion of being “English” halfway through his reign).

Alfred’s goal was not just to make England safe for his generation, but to develop a culture that would be a lasting monument for every generation that followed. One of the ways he did this was by creating a written law code based on Biblical principles. He opened his constitution with an exposition of the Ten Commandments and the laws of Exodus 21, before moving on to a discussion of Christ’s Sermon on the Mount. In discussing Christ’s teachings the king was careful to show that Jesus did not abolish the Old Testament laws but simply applied them in a new way.

Alfred’s constitution proceeded to codify many of the Saxon traditions already in place. In doing so, he was careful to emphasize that he was collecting rather than inventing laws.  Even so, the laws he collected underwent important modifications, showing us what things were important to the king. For example, none of the other Saxon law codes showed such concern about sexual crimes committed against women. Alfred, who had personally suffered betrayal and treachery from the Vikings, lays great stress on oath-keeping. His modifications also involved abolishing unbiblical practices left over from the Saxon’s pagan past, such as settling feuds through bloodshed or conducting trials by ordeal.

Alfred’s laws formed the foundation of English common law to the present day. But this was only one of the many areas where his legacy has exercised a lasting influence. The king was speaking for himself when he wrote (in his translation of Boethius), “My will was to live worthily as long as I lived, and after my life to leave to them that should come after, my memory in good works.” His desire was certainly fulfilled, because when he died in 899, at around the age of 50, he left behind a tremendous legacy of good works that has had a great impact. In addition to those areas already mentioned, Alfred’s good works include rebuilding the monasteries, perfecting the administrative organization of his government, developing a system for the relief of the poor, and establishing a system of judges through the land to enforce the laws.

From Ancient Wisdom to Modern Classroom

Had it not been for Alfred, the culture and language of England might have followed the template set by the Danes. As it was, the nation of England grew in the wake of Alfred’s Wessex dynasty. The inscription of the statue of Alfred at Wantage summarizes Alfred’s remarkable achievements:

Alfred found learning dead and he restored it, education neglected and he revived it, the laws powerless and he gave them force, the church debased and he raised it, the land ravaged by a fearful enemy from which he delivered it. Alfred’s name shall live as long as mankind shall respect the past.