Was John Calvin a Nominalist?

The following is taken from the chapter on George MacDonald in my book Saints and Scoundrels. 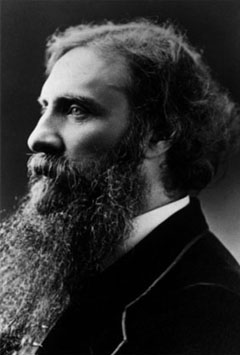 At a time when Darwinism was removing the wonder and magic from the world, reducing people to animals and describing the universe as a giant impersonal machine, MacDonald bequeathed to us an opposite vision. His was a universe filled with enchantment, saturated in wonder and infused with grace. It was a sacramental vision that drew heavily on the Middle Ages, especially the medieval notion that the external things surrounding us are outward signs of inward spiritual graces. As MacDonald expressed it in The Miracles of our Lord, “With his divine alchemy, [God] turns not only water into wine, but common things into radiant mysteries, yea, every meal into a Eucharist, and the jaws of death into an outgoing gate.”

His novels conveyed this sacramental vision. Although they may technically fall under the category of “realistic fiction”, there was always something fantastic about them. The literary critic Marion Lochhead has compared them to Hans Anderson’s fairy tales in possessing “the gift of turning homeliness into beauty.” He enables us to see the world afresh, to perceive, as it were, the invisible halo on every bird and beast. 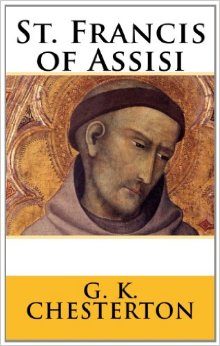 In his book Saint Francis of Assisi, G.K. Chesterton noted that Francis “was a poet whose whole life was a poem. He was not so much a minstrel merely singing his own songs as a dramatist capable of acting the whole of his own play.” Chesterton might just as well have been talking about George MacDonald and it was not without warrant that when he came to write the introduction to George MacDonald and His Wife, Chesterton referred to MacDonald as the “St. Francis of Aberdeen.” MacDonald, like Saint Francis, was gifted with the ability to see “the same sort of halo round every flower and bird.” This sacramental vision represented what Scottish religion would have been if it had continued within the template of Scottish mediaeval poetry – a religion which, to quote again from Chesterton, “competed with the beauty and vividness of the passions, which did not let the devil have all the bright colours, which fought glory with glory and flame with flame.”…

One important lesson we learn from MacDonald is that beauty was never meant to be an end in itself, but something that points us beyond the universe to God and His goodness. In failing to discern God’s goodness behind beauty, the English Romantic poets never went far enough. John Keats’ poem ‘Ode on a Grecian Urn’ was typical:

“Beauty is truth, truth beauty,” – that is all
Ye know on earth, and all ye need to know.

By contrast, MacDonald taught that there was something more we needed to know, namely that there is an ultimate Source from which all beauty springs. Though he didn’t conflate truth and beauty as Keats did, he agreed that they were connected and spoke of hoping “for endless forms of beauty informed of truth.” The connection between truth and beauty arose by virtue of each having their home in God. As MacDonald wrote in his poem ‘A Book of Dreams,’ “God’s heart is the fount of beauty.” He took up this same theme later in some of the essays in A Dish of Orts. In an essay on Wordsworth’s poetry he wrote,

Let us go further and, looking at beauty, believe that God is the first of artists; that he has put beauty into nature, knowing how it will affect us, and intending that it should so affect us; that he has embodied his own grand thoughts thus that we might see them and be glad.

A lesson related to this is the interconnectedness of goodness, truth and beauty. The Calvinism of MacDonald’s upbringing had been mediated through a dry rationalism that fixated on the legal categories but had little room for beauty and imagination. But truth without beauty was regretful to MacDonald, who once wrote that, “beauty is the only stuff in which Truth can be clothed…” Yet MacDonald also rejected the sentimentalism of the English romantics who landed in the opposite ditch by emphasizing beauty without any ultimate truth behind it. In one of his sonnets he spoke of the unfortunate disconnection between beauty and truth among those who cared little for the latter:

From the beginning good and fair are one,
But men the beauty from the truth will part,
And, though the truth is ever beauty’s heart,
After the beauty will, short-breathed, run,
And the indwelling truth deny and shun.

MacDonald understood that in Christ, truth and beauty were as integrally connected as goodness and beauty. The interconnectedness between the trinity of goodness, truth and beauty meant that to separate any of these three was to do violence to the others. In this he anticipated the thought of the 20th century Roman Catholic theologian Hans Urs von Balthasar, who wrote,

The Theology of Art and the Importance of Beauty

“We no longer dare to believe in beauty and we make of it a mere appearance in order the more easily to dispose of it. Our situation today shows that beauty demands for itself at least as much courage and decision as do truth and goodness, and she will not allow herself to be separated and banned from her two sisters without taking them along with herself in an act of mysterious vengeance.”

Such mysterious vengeance occurred when, around the end of MacDonald’s life, the Romantic movement trailed off into obscuration and perversity. With prophetic insight he had inadvertently predicted this in his essay, “A Sketch of Individual Development” when he had observed that “The soul departs from the face of beauty, when the eye begins to doubt if there be any soul behind it.”

In some of MacDonald’s fairy tales he explores what happens when beauty becomes disconnected from goodness and truth. The character of the Lilith in his book Lilith, or the Alder tree in Phantastes give a stark portrayal of beauty is disengaged from goodness and truth. This was also a theme that MacDonald explored in one of his sonnets from the collection quoted earlier:

Men may pursue the Beautiful, while they
Love not the Good, the life of all the Fair;
Keen-eyed for beauty, they will find it where
The darkness of their eyes hath power to slay
The vision of the good in beauty’s ray,
Though fruits the same life-giving branches bear.

MacDonald also helps us to understand the role that beauty plays in education. Echoing Plato, who once observed that the object of education is to make us love what is beautiful, MacDonald understood that if the good and the true are not clothed in beauty, they will have little formative influence on the human person. More recently, Stratford Caldecott took up the same theme in his book Beauty for Truth’s Sake, noting that “Beauty is the radiance of the true and the good, and it is what attracts us to both.”