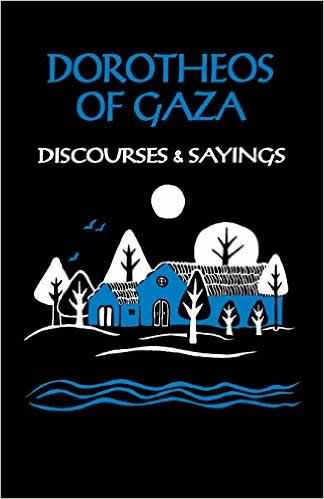 “There is a way of rendering evil for evil not only in actions but also in words and in attitude. A man may not seem to render evil for evil by what he does, but he is found, as I say, to do so in word or in his attitude [general behavior]. For there are times when a person, either by his attitude, his movements, or his looks, disturbs his brother – and does so on purpose – and this is to render evil for evil. Another man may not render evil for evil, by deeds or words or attitude or movement, but he is wounded at heart and harbors resentment against his brother Another man may have no complaint against his brother, but if he hears that someone has annoyed him or if at some time someone murmurs against him or reviles him, he is glad when he hears it; then ti is clear that he too is rendering evil for evil in his heart. Another man may not cling to evil and not be glad when someone who has annoyed him is reviled and may rather himself be annoyed if he has caused annoyance, and yet he is not glad when something good happens to his brother and if he sees him praised or at rest he is displeased – even this is a kind of rancor though it is less serious. Finally there is the man who wants to rejoice that his brother is at rest, does all he can to be of service to him, and arranges everything to promote his progress and tranquility.”