Letter to a Geocentrist

I have a Christian discussion group that meets every Saturday morning. At last Saturday’s discussion, one of the things we talked about were the sea turtles shown in the documentary Planet Earth II. 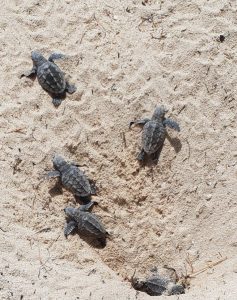 This documentary showed a type of turtle that hatches from its egg on the full moon at Barbados beach. By following its instinct to head toward the light of the moon, the baby turtle will quickly reach the safety of the ocean. However, in recent times, the lights of a nearby city—often appearing more accessible and immediate than the moon’s light—have been luring these turtles away from their proper destination. The result is that increasing numbers of turtle hatchlings never make it to the ocean, but wander confusedly in the city streets until finally perishing.

Significantly, it is precisely because of the turtles’ primordial longing for the moon that they find the artificial light of the city so alluring. This is analogous to how it is precisely because men and women retain the elemental longing to seek Divine Beauty and eternal joy that we find finite beauties and temporary joys so accessible and compelling. The counterfeit beauties that enslave and entangle us would have no allurement if we were not designed to flourish through union with Divine Beauty. 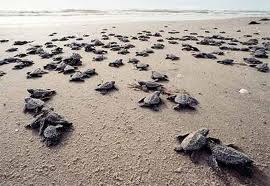 This perspective can radically reframe how we think about sin. The problem with sin is not primarily rule-breaking, but disordered affections. In our Edenic state when we were directly animated by God’s spirit, there would have been no tension between finite beauties and Divine beauty, nor between natural human desires and the desire for God. But the disordering effects of sin introduced fragmentation into human experience, with the resulting illusion that finite longings can function as stand-ins for the primordial desire for God Himself. In our fallen world, not only have finite desires become separated from spiritual longings, but even finite desires have become fragmented. For example, the enjoyment of food becomes disconnected from the pleasure of satiation (leading to gluttony); the pleasure of work becomes disconnected from providing for one’s needs (leading to hoarding and greed); the pleasure of sex becomes disconnected from the longing for intimacy with another person (leading to lust and pornography). Growing in sanctification, or what the Eastern Orthodox call theosis, involves both the reordering of natural desires as well as the reintegration of those natural desires with our longing for God Himself

Here is how the twentieth-century Orthodox liturgist and theologian, Alexander Schmemann, described the realignment of natural desires with our ultimate hunger for God Himself:

“All desire is finally a desire for Him. . . . The natural dependence of man upon the world was intended to be transformed constantly into communion with God in whom is all life. Man was to be priest of a eucharist, offering the world to God, and in this offering he was to receive the gift of life. But in the fallen world man does not have the priestly power to do this. His dependence on the world becomes a closed circuit, and his love is deviated from its true direction. He still loves, he is still hungry. He knows he is dependent on that which is beyond him. But his love and his dependence refer only to the world in itself. He does not know that breathing can be communion with God. He does not realize that to eat can be to receive life from God in more than its physical sense. He forgets that the world, its air or its food cannot by themselves bring life, but only as they are received and accepted for God’s sake, in God and as bearers of the divine gift of life. By themselves they can produce only the appearance of life.”

It is precisely because our temporal longings for earthly goodness and beauty are instances of our primal longing for eternal Goodness and Beauty that they can beguile us with the illusion of possessing life in themselves, even as the turtles’ longing for light fixated on the light of the city. The practice of asceticism, even when practiced reluctantly, offers the chance to reorder our affections by focusing us more directly on the eternal longing for God, the ultimate Source of temporal longings. Through activities like temperance, chastity, fasting, and the virtues, we are redirected away from the objects of our short-term desires to be realigned with the true Object of our desires, of which all worldly longings are but shallow imitations. This would be comparable to the turtles being dragged against their will to the ocean, away from the city and its allure of more attractive light.

And that is exactly what happened to the Barbados turtles. The crew of Planet Earth II had been strictly instructed never to interfere with the nature they were documenting. But in the case of the helpless turtles, crewmembers rebelled. They were so traumatized by what they saw happening to the helpless creatures that they assisted members of the Barbados Sea Turtle Project to rescue the hatchlings. Thus, every single turtle filmed in the documentary was safely transported to the nearby ocean. The turtles were forced to have their affections reordered from the false telos of the city to their natural homeland of the ocean.