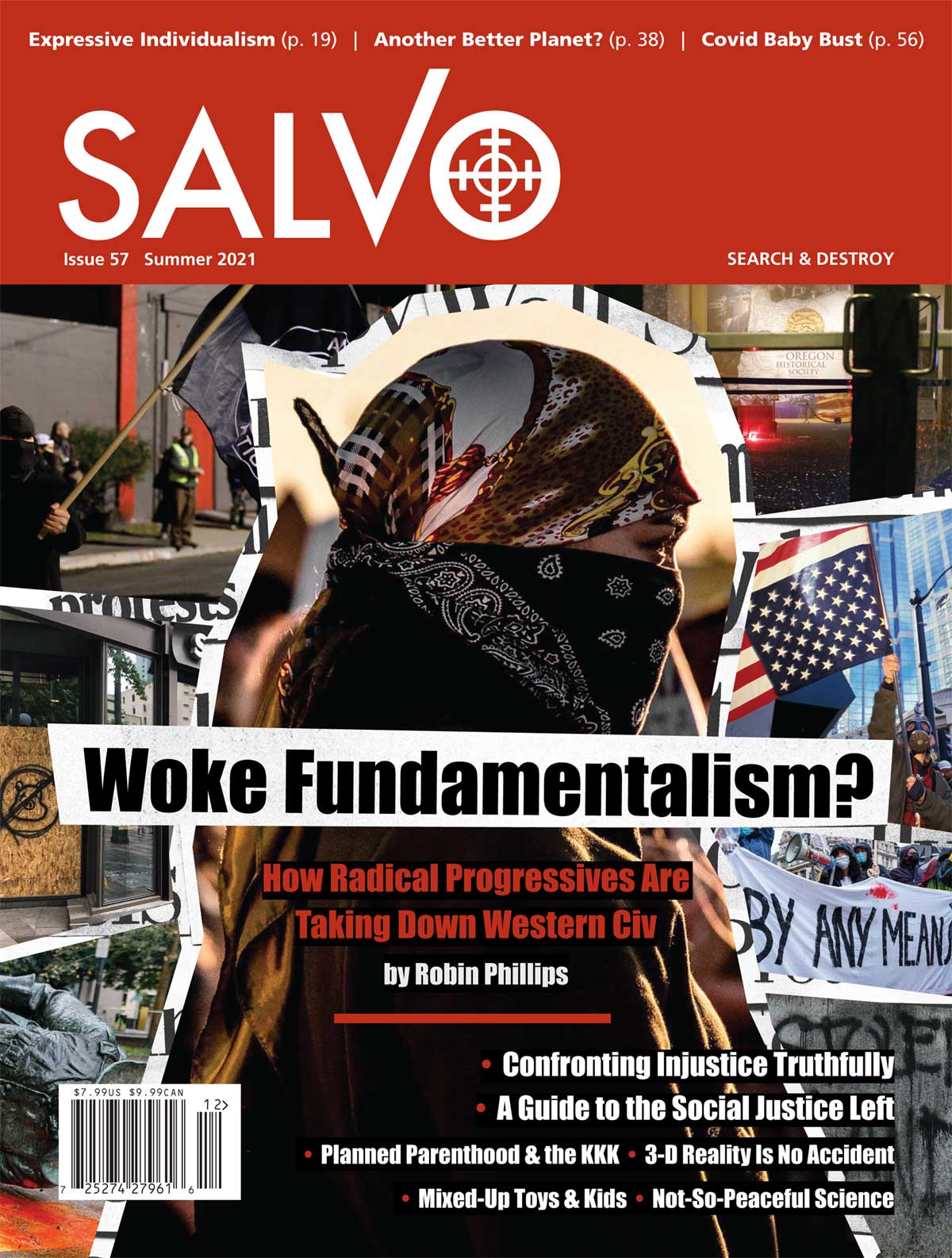 Salvo #57 is hot off the press, and I’ve written the cover story, which looks at how woke fundamentalists are attempting to cancel Western Civilization in ways reminiscent of what ISIS did in Syria.

This is the latest article in my larger publishing project (see “further reading” below)  seeking to reclaim the notion that the liberal arts have INTRINSIC value, and not a merely derivative value in serving pragmatic goals.
The wonderful staff at the Fellowship of St. James have made my cover story available on the website for free here.
From the article:

“Last October, when woke protesters tore down statues of Abraham Lincoln and Theodore Roosevelt in Portland, Oregon, their destructive mission was obvious. What is less obvious is the more subtle way Wokeism has been attacking the liberal arts by undermining the notion that the arts have intrinsic value. The Woke follow Karl Marx, who taught that the liberal arts have merely extrinsic value as instruments that can be used to achieve various pragmatic goals…. Among the Woke, the great literary, visual, and musical artworks of our tradition are valued purely for their didactic function in advancing a narrow range of political concerns, including feminism, critical race theory, post-colonialism, queer theory, and so on. By treating these disciplines in this way, the Woke leave the disciplines of higher learning in place even as they pragmatize and polemicize them, hollowing out their content so that these disciplines become little more than weapons in the hands of social justice warriors. Meanwhile, scholars who insist on the older view, that the liberal arts are ends rather than simply means, risk having their careers destroyed and their reputations ruined.”