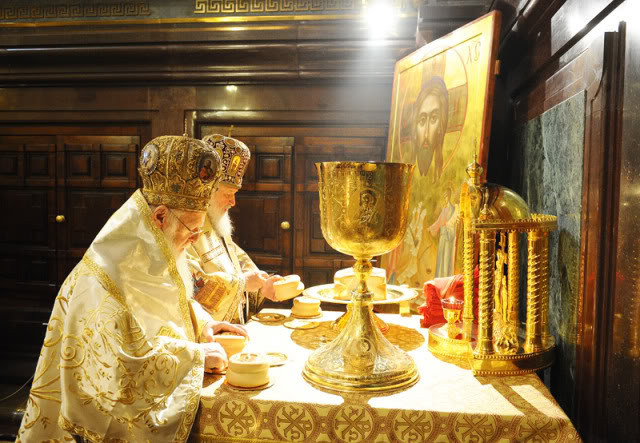 Longsuffering in the Christian Life

This article was originally published in my column at the Colson Center. It is republished here with permission. For a complete directory of all my Colson Center articles, click here.

“The heavens declare the glory of God, and the sky above proclaims his handiwork. Day to day pours out speech, and night to night reveals knowledge.” Psalm 19:1-2

“And God saw everything that he had made, and behold, it was very good.” Genesis 1:31

In Book I of Virgil’s epic poem Aeneid, the character of Aeneas travels to find a new home after his family and friends have perished in the battle of Troy. In the course of his travels, Aeneas finds himself in Carthage.

While walking the streets of the city, Aeneas and his friend come to a Carthaginian temple in which there is a large mural. The mural is a depiction of the Trojan War which Aeneas had fought in and in which many of his countrymen had perished.

As Aeneas stands in the temple gazing upon the depiction, he begins to cry and says, “sunt lacrimae rerum et mentem mortalia tangent” (“There are tears for events and mortal things touch the soul.”) Also translated, “There are tears in things, and mortality touches the mind”, Aeneas’ reaction is a lasting reminder of the power that things have to affect us deeply.

More than the Sum of the Parts

These stories from the classical world touch a familiar chord in human experience. Throughout history, art has had a powerful pull on human emotion. Art can reduce seasoned warriors like Aeneas and Odysseus to tears, but it can also lift us to heights of joy and happiness. Certain types of art can even blur the distinction between joy and sadness, invoking a type of bittersweet longing that is hard to put into words.

There is a certain paradox here. How can something purely physical, like the drawings on a wall or the sound-waves produced by a musical instrument or the human voice, have such a profound effect on the non-physical world of our psyche and emotions? Though we may not be able to answer this question with metaphysical precision, it is clear that when human creativity brings inanimate matter together in a certain way, the resulting configuration is often more than merely the sum of the parts.

Christian theology is full of similar examples. When Christ meets us in the blessed Eucharist, something is happening that goes beyond the mere physicality of the properties being presented to us. Though different Christian traditions have debated what actually happens when God’s people gather to receive the sacrament of communion, most would agree that in this event God somehow meets with man. When I receive and partake of the sacraments in faith, there is more going on than merely one person eating bread and wine, just as there was more to the mural in Carthage than mere paint.

In the world God created, things have significance.

God Saw that it was Good

Throughout human history there have been various traditions which have denied that anything spiritual, or even anything of significant value, can be transmitted through the elements of physical matter. For example, in the 3rd century the heretical Gnostics taught that while the world of spirit is good, the world of matter is evil. Consequently, they argued, there is a great gulf fixed between the spiritual and the material. The pure realm of spirit cannot have anything to do with matter.

Because of their low view of creation, most the Gnostics denied the physical incarnation of Christ. It would be beneath God’s dignity, they argued, for God to defile Himself by taking on a material body. Thus, the Gnostics taught that Christ merely appeared to possess a physical body.

In contrast to the Gnostics, the early Christians were committed to affirming the goodness of the created order. The God who redeems the world is also the God who proclaimed in Genesis 1:31 that this world is “very good.”

One of the ways Christians have affirmed the goodness of the world is through art. In using the stuff of the material world to express realities that transcend space and time, art points towards the integration of spirit and matter – an integration that would be impossible if these realms had opposite moral valuation like the Gnostics maintained.

Art, like the Eucharist, is a powerful metaphor of the incarnation of Christ (actually, many of the church fathers considered the Eucharist to be more than merely a metaphor but described it as an extension of the incarnation). When the Word of God took on human flesh and dwelt among us, He was the very image of the invisible God. This means that the eternal and infinite God was mediated through Christ’s humanity, just as the physical sacraments mediate to us the life of God. Similarly, when an artist skilfully employs the tools of his trade, he is capable of weaving into material form realities and emotions that transcend the material world.

When Aeneas stood before the mural at Carthage, the paint itself did not take on any new material characteristics, but suddenly it seemed tinged with sadness, melancholy and longing. “There are tears in things.”

“The Cathedral” by Auguste Rodin

More than Merely What a Thing is Made of

The Bible contains a number of examples of physical objects coming to embody or ‘contain’ invisible realities. The Ark of the Covenant, for example, was more than just a box with two pieces of stone, a jar of old food and a stick. Rather, the physical particulars that made up the Ark became a conduit of real spiritual power, as evidenced by the fact that those who touched it in an unauthorized way were suddenly killed. (1 Chronicles 13:9-10).

Or again, consider how the Bible speaks about the universe itself. Psalm 19 says that the heavens declare the glory of God, and the sky above proclaims his handiwork. This tells us that there is more to the universe than merely what it is made of. While scripture cautions us against identifying the universe with its creator, it also shows us that the physical cosmos conveys a sense of transcendence, pointing towards the reality of something beyond time and space. This shows us that the universe is more a work of art than an impersonal machine.

Moderns often struggle with this. Having grown up in a culture saturated with materialistic assumptions, we have been unconsciously conditioned to think that there is no more to a thing than what it is made of. According to this reductionist narrative, matter is dead, and paint is just paint.

But paint is no more just paint than the Eucharist is just bread or a star is just gas. There are tears in things.

Have you bought into Gnostic or materialistic assumptions about matter? Do you respond to the universe as something good, filled with a sense of transcendence, or do you think of it as a great impersonal machine?