Ledgerwood on Reframing and Negativity Bias

Among my circle of friends, I’m always the last one to find out the news. Why? Because I don’t read Facebook. Anyone who is a “friend” of mine on Facebook may find that hard to believe, given how active I appear to be. But my Facebook activity is rather like C.S. Lewis’s relation to the newspaper: the fact that Lewis never read the newspaper didn’t stop him from publishing articles in it. I mainly use Facebook narcissistically to encourage people to read about the latest things I’m thinking about (ironically, I’ll probably post this article on Facebook), and to promote my articles so I can earn more money. I’ve felt bad about this, and sometimes think I should spend more time “reading the news feeds” to give other people more attention. But after finding out about some studies last year, I’m no longer going to feel guilty for not spending hours and hours on Facebook like my friends do. 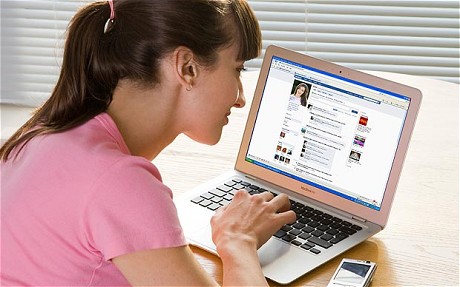 The studies, published last in the ‘Journal of Social and Clinical Psychology,’ showed that time spent on Facebook correlated with depressive symptoms for both men and women. The article, which you can download as a PDF here, tells how it wasn’t just ordinary Facebook viewing that was linked to depression, but Facebook viewing in which social comparisons took place. “Social comparisons occur when people automatically contrast themselves with others on abilities or attributes they deem important.” This type of comparison often happens on an unconscious level that we are not aware of until it’s pointed out to us.

Listen to the authors’ description of typical Facebook activity and see if it sounds familiar:

“After logging on, Facebook users are exposed to a continual stream of information (i.e., status updates, viewing newly uploaded pictures, friends posting on each other’s walls, liking of other people’s status updates). Thus, these Facebook activities may serve as stimuli for individuals to automatically engage in frequent non-directional, upward, and/or lateral social comparisons, especially for those who spend longer amounts of time/frequently view Facebook. Because the Facebook platform promotes self-disclosure, users may reveal highly personal information, which they normally would not divulge (Gross & Acquisti, 2005). Therefore, Facebook users are often privy to information about their Facebook friends that they might not have known otherwise.

Users are often unable to anticipate what their friends will post. Thus, they often cannot control what they will the view when they log on or what will information will serve as the impetus for them to make social comparisons. However, we hypothesize that more time spent on Facebook will provide Facebook users with greater opportunities to socially compare themselves to their friends.”

Later the authors give some examples of what they term “nondirectional, downward, and upward social comparisons on Facebook” and discuss how these comparisons were found to be correlated to depressive symptomology:

“All items contained the common stem: ‘TODAY, when I was on Facebook….’ Upward social comparison items included: ‘… I felt less confident about what I have achieved compared to other people,’ and ‘… I concluded I am not as popular as other people.’ Nondirectional items included: ‘…I paid a lot of attention to how I do things compared to how others do things,’ and ‘… if I wanted to find out how well I have done something, I compared what I have done with how well others have done.’ Finally, downward social comparison items included: ‘…I paid attention to how I do things versus how others do things and felt my way was better,’ and ‘… I believed that I had accomplished more than other people had.’ All items were measured on a 9-point Likert scale ranging from I disagree strongly to I agree strongly.

People I’ve spoken to have shared experiences that confirm the above observations. They go on Facebook and repeatedly see their friends posting their holiday photos, and eventually it wears them down and they begin to think ‘My life is miserable because I can’t afford a holiday like that.’ Or they see their friends having a prettier and more cheerful wife, and so they think “I’d be happier if I were in his shoes.” On a subliminal level, Facebook encourages us to always want more, instead of encouraging us to slow down and be grateful for what we actually have.

Getting back to the study. There was a lot of complicated math in the study that I couldn’t comprehend, but the overall conclusion was simple enough for even an ordinary guy like me to understand:

“…overall results revealed that spending a great deal of time on Facebook (or viewing Facebook more frequently) is positively related to comparing one’s self to others, which in turn is associated with increased depressive symptoms….

“These results render additional support for our hypothesized process model that people who spend more time on Facebook on a daily basis people are more likely to compare themselves to others and in turn report greater daily depressive symptoms (regardless of gender).”

Although Facebook is a medium that encourages a type of vulnerability and self-disclosure that ought to be private, nevertheless the identities that people project on Facebook tend to be weighted in a way that gives an artificially good impression of themselves. It is an exhibitionist form of self-identity well suited for disguising (or at least trivializing) the messiness, pain and complexity that most of us have to face in the course of our lives. Thus, when we unconsciously or consciously begin comparing ourselves to others on the basis of their Facebook pictures and updates, we are at an unfair disadvantage because we are not comparing ourselves to our real friend, but to a projection that gives us an artificial slice of his or her life which we then take to be representative of the whole. To quote again from the article,

“…many individuals on Facebook may be sharing only positive and/or self-enhancing news but not fully disclosing their daily struggles in order to appear more socially desirable. Although these Facebook self-presentations appear to have a positive effect on the subjective well-being of those constructing their online identities (Kim & Lee, 2011), frequently viewing these portrayals may intensify other people’s negative cognitions behind the scenes. This may be due to the fact that people often think they are alone in feeling negative emotions (Jordan et al., 2011). This emotional pluralistic ignorance combined with Facebook social comparisons based upon their friend’s highlight reels, could potentially provoke or exacerbate negative emotions and cognitions, and thus, contribute to greater depressive symptoms. Moreover, this positive association between Facebook social comparison and depressive symptoms was consistent for all three types of social comparison (b path)…

“McLuhan (1964) may be correct in his assertion that the medium is the message. That is, new media come with central, obvious messages but also often hold unforeseen, deleterious consequences. Facebook’s message is clear — it is a medium designed to connect people to one another. However, the negative health outcomes associated with Facebook use may not be inherent to the platform, but rather are unintended consequences related to how people choose to use this medium. Specifically, certain individuals may be more susceptible to comparing themselves to others’ Facebook highlight reels on dimensions they feel are personally relevant, whereas other people viewing the same information may not respond in the same way.

“A major contribution of the present research is that it provides evidence that computer-mediated interactions on Facebook may indeed negatively impact users’ psychological health. Moreover, these studies found that spending more time on Facebook and/or viewing Facebook more frequently, provides people with the opportunity to spontaneously engage in Facebook social comparisons (of any kind), which in turn, is associated with greater depressive symptoms. This pattern of higher depressive symptoms after engaging in Facebook social comparisons may be especially true for college students since they may still be struggling to establish their identities apart from their families, and, consequently, may be more susceptible to peer influences. Thus, the current research holds important implications for general populations and, in particular, college students who are depressed and might also be addicted to Facebook. Future interventions might target the reduction of Facebook use among those at risk for depression.