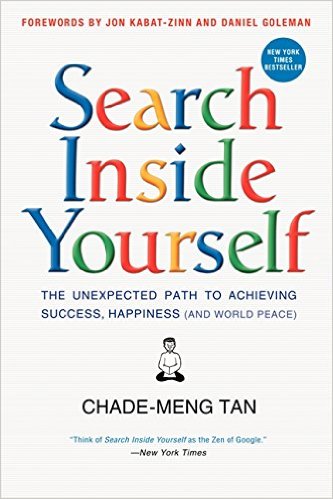 In Chade-Meng Tan book Search Inside Yourself, he explains the stages a person passes through before a new state of mind becomes habituated and therefore natural.

Meng’s observations are consistent with what I’ve read elsewhere, particularly in Norman Doidge’s The Brain that Changes Itself and Joshua Foer’s book Moonwalking With Einstein.

Meng’s descriptions about the stages involved in skill-development are situated within the context of helping people develop a meditative state of mind in the tradition of Zen Buddhism. In this state of mind, a person can be calm and alert at the same time, as well as experiencing the deep sense of joy that comes from quieting one’s mind and learning to just be in the present moment. Whatever our views may be about Zen Buddhism (and as a Christian I would be very cautious of any meditative practices not involving prayer to Jesus), the neuro-mechanisms he describes apply equally to developing other states of mind, including the disposition of gratitude that I have been writing about recently.

Anyway, here is what he says on pages 76-77 of Search Inside Yourself. I hope this is an encouragement to anyone who is struggling at learning a new skill (or state of mind) and feeling like they aren’t making any progress.

“I remember my daughter taking her first step when she was about nine months old. One beautiful step. One step was all she could manage before she would fall, in the über-cute way that only babies can fall. (Everybody say ‘Awwwww.’) Eventually she graduated from one step to two steps. And then she plateaued for a while. For a couple of months, she could walk no more than one or two steps before she would fall. (Awwwww.) Then a few days after her first birthday, I noticed her walking four steps. That same day, she doubled that achievement and maxed out at eight steps. (Yes, I measured—I’m an engineer.) The next day, she seemed to plateau at eight steps, but in the late afternoon, she manged sixteen steps before she fell. In the evening, she exceeded thirty steps. Once she broke that barrier, she could walk. On that day, she mastered walking. (Awwwww.)

“I found an important similarity between that experience and my own meditation practice. There seem to be two stages in one’s meditation progress. I call the two stages ‘initial access’ and ‘consolidation.’ The initial access stage is when you find yourself able to access a certain state of mind, but you cannot maintain that mind for very long. For example, you may serendipitously find yourself in a state of mind where you are very calm and alert, and feel a deep sense of joy permeating your mind, but after just a few minutes, you lose it. This stage is like a baby taking her very first step. The baby is finally able to access the experience of walking. She finally knows what it feels like, but it only lasts a single step, maybe two, and then it is over.

“The consolidation stage is the long process of going from walking one step to being able to walk around the house. For a meditator it is becoming able to bring up a stage of mind on demand, at a desire intensity and duration. Progress in this stage seems to be an exponential function that looks like a hockey stick on a graph, which means that you go for frustratingly long time seemingly without any meaningful progress, and then suddenly—boom—within a very short period, you make huge progress and arrive at full consolidation. It’s like my daughter plateauing at two steps for months and then suddenly, in the space of two days, becoming able to walk. To the casual observer, it may look like she learned to talk in just two days, but in reality, she did it over three months. It is her constant practice over three months that enabled the last two days of sudden progress and mastery.

“I think the lesson to be learned is to avoid feeling discouraged when your meditation does not seem to be progressing. If you understand the process, you may understand that when change does come, it will come suddenly, and every moment of effort brings you a little closer to that point. The classical analogy is ice breaking up on a frozen lake. To a casual observer, the breakup seems like a sudden phenomenon, but it is actually due to a long period of gradual melting of the underlying ice structure.”