Absolved From Being Good-Mannered: The Romantic Totalitarianism of Jean-Jacques Rousseau 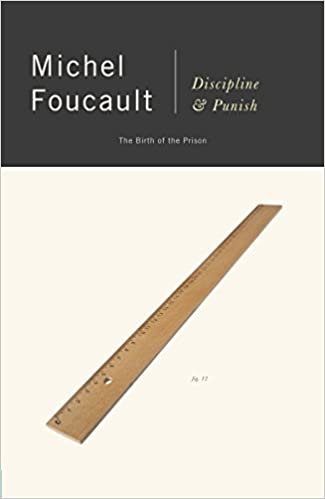 In Michel Foucault’s 1975 book, Discipline and Punish, the French philosopher traced the origin of the modern age to a quarantine that occurred towards the end of the seventeenth century in the French town of Vincennes. Hoping to protect the community from a pandemic, town officials instituted elaborate rituals for preserving the purity of their community, including a system of mass surveillance and enforced quarantine.

Every day the inhabitants of each home were made to stand at their windows and report on the condition of their health. Non-compliance was a capital offence. Periodically, each person was forced to leave his home while a process of purification was carried out. During this purification process, furniture and all household objects were raised from the ground and suspended in air while a perfume was diffused. Only after the purification ritual was complete could inhabitants return.

To enforce this process of quarantine, purification, and surveillance, Vincennes’ officials created an elaborate bureaucracy. This bureaucracy, which enabled a “great review of the living and the dead,” blurred the distinction between private and public, sickness and sin, individual and collective. Foucault explains:

“Inspection functions ceaselessly. The gaze is alert everywhere… The plague is met by order; its function is to sort out every possible confusion: that of the disease, which is transmitted when bodies are mixed together; that of the evil, which is increased when fear and death overcome prohibitions. It lays down for each individual his place, his body, his disease and his death, his well-being, by means of an omnipresent and omniscient power that subdivides itself in a regular, uninterrupted way even to the ultimate determination of the individual, of what characterizes him, of what belongs to him, of what happens to him.”

Foucault’s primary interest was not pandemic but power. As a postmodern philosopher, he aimed to expose the substructures of power that darkened the modern age and left persons objectified. He believed that Vincennes’ reaction to the plague—in which germs and bodies took on a quality of moral contagion—became symbolic for the way modernity has dealt with social ills. He pointed to the quarantine of prisoners—at one time only in experimental jails—as rooted in a similar concept, namely that crime exists as a type of “moral contagion.” Both quarantine and solitary confinement are symbolic of modern liberal individualism, which uses science and technology to isolate us while preserving the structures of power. On these new terms, the price for an ordered society becomes that each of us is forced to confront his or her own shame, but to do so in solitude while being watched.

What Foucault described in Vincennes was a radical form of “purity culture.” Bonnie Kristian defines purity culture as “rules enforced by community judgment and surveillance… public signifiers of virtue, maybe even physical emblems.” Purity cultures hinge on preserving a binary between ingroup and outgroup, with the purity of the former defined by their separation from the latter.

In seventeenth-century Vincennes, the ingroup-outgroup drama united some citizens while ostracizing others. The boundaries of these groups (i.e., the sick and the healthy, the compliant and the uncompliant) were constantly shifting, so one day someone might be part of the ingroup only to find himself in the outgroup the next. People used constant testing, snitching (what we call canceling) and symbolic gestures of compliance (what we call virtue signaling) both to preserve and disrupt ingroup membership.

Purity culture is not just about the sick and healthy, or the compliant and rebellious. Throughout history there have been purity cultures that grew up around ideology, race, sexual purity, good manners, ancestral pedigree, and spiritual cleanliness. Purity cultures typically emerge any time a community or counterculture reaches a point of perceived instability. Once a community feels threatened, the natural tendency is to react through scapegoating and witch-hunting. This scapegoating and witch-hunting accelerate the sense in which members of the pure group seek to preserve their integrity through symbolic gestures, groupthink, and ritualized forms of shame and ostracism.

As Americans we have always been susceptible to purity culture because of the abiding influence of New England Puritanism. The most familiar example of New England purity culture was the execution hysteria of the Salem witch trials, which used bloodshed to exterminate the impure from the township. Significantly, later reform movements within progressive Christianity (including but not limited to the abolition and temperance movements) grew up in New England, where the purity culture of the Puritans remained strong but simply migrated to new issues.

In the late 40’s and early 50’s, America experienced a virulent form of purity culture that emerged out of perceived instability in the face of the growing communist threat. This purity culture, known as McCarthyism, used witch-hunting tactics to create a sense of hysteria about communist spies.

In the 1990s, I was part of a Christian subculture that reacted to widespread promiscuity and divorce through enforcing a purity culture known as “the courtship movement.” This movement created ever-expanding list of taboos, from a ban on dating to prohibitions on kissing before the wedding. There was even a window of time in which a theory known as “emotional purity” was used to shame anyone who felt attracted to the opposite sex prior to courtship. The courtship movement was part of a larger evangelical purity culture, which reacted to the AIDS virus by creating a series of symbolic rituals (purity pledges, purity rings, purity balls, etc.) to signify conformity to Christian sexual ethics. Though this movement brought widespread benefit, the gospel became instrumentalized towards sexual goals like the health benefits of abstinence or the marital benefits of virginity; worse, many who found themselves in the out-group left Christianity completely.

America, now in the twilight of her greatness, is facing widespread instability and is fertile ground for new types of purity cultures.

In a deeply personal 2014 article about his “journey into the centre of a dark political world,” Yarrow Eady described the ecosystem of anti-intellectualism, revolutionary thinking, and purity-culture-impulses that dominates left-wing radicalism:

“Thinking this way quickly divides the world into an ingroup and an outgroup — believers and heathens, the righteous and the wrong-teous. ‘I hate being around un-rad people,’ a friend once texted me, infuriated with their liberal roommates. Members of the ingroup are held to the same stringent standards. Every minor heresy inches you further away from the group. People are reluctant to say that anything is too radical for fear of being seen as too un-radical. Conversely, showing your devotion to the cause earns you respect. Groupthink becomes the modus operandi.”

I thought of Eady’s words last week after observing some strange things that have recently been happening in America. Friends are cutting off relatives who haven’t been vaccinated. Some parents are losing custody of their children for not wearing masks. Those who refuse to go along with COVID-era groupthink are being stripped of professional positions. This is a left-wing pandemic purity culture.

But there has also arisen a virulent form of right-wing purity culture, which I am particularly sensitive to living in North Idaho. I live in the fifth reddest state where a movement has arisen which claims the pandemic is fake. This movement has its own purity culture mentality, complete with bizarre in-group rituals like mask-burning  and stigmatizing those who use hand sanitizer. I have been hauled over the coals by fellow conservatives for acknowledging the complexity of issues surrounding masking. One business owner told me that she wouldn’t hire any mask-wearer, and then she questioned my own conservative credentials because I wasn’t writing articles against the WHO and Fauci. I could go on and on, but I mention these things only to illustrate that in right-wing purity-culture, the standard for proving you are truly conservative gets harder and harder.

From my recent Salvo article on Purity Culture:

“Purity culture psychology requires a binary between in-group and out-group: as more people rush to occupy the center of the in-group, rules must become tighter, and people will instinctively seek out more extreme ways to prove that they are the purist of the pure. In this context, rules play a crucial role in a sophisticated drama of ritualized shame and guilt. But eventually it ceases to be enough merely to keep to the rules, for failure to call out and condemn the rule-breakers can make you ‘complicit.'”

Last week someone announced to me that if I suspect I have COVID and therefore use hand-sanitizer between sneezing and handling objects others people might touch, that I am living by lies. The pandemic is fake; therefore hand-sanitizer is the new taboo. Welcome to North Idaho! pic.twitter.com/uN2DpGDQaU