The prospect of humans developing love relationships with computer-programed robots is being heralded by a number of academics as the natural next step in the evolution of both computers and human beings.

Robots already meet a number of human needs, especially in industry. As technology advances to the point where robots can be designed to act in ways that are virtually indistinguishable from human behaviors, many are wondering why we should object to robots being programmed to meet our emotional, psychological, and sexual needs as well. 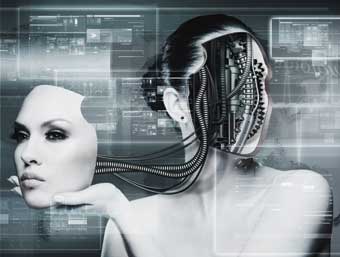 Thus, excitement is brewing in the budding field of social robotics that it may one day be possible to produce machines that can facilitate the pleasures of romantic relationships without requiring the effort and mutuality that are needed to sustain a relationship with a real, live human being.

In my feature in the latest edition of Salvo magazine I explain why Western society is approach a state of psychological and philosophical readiness to begin marrying machines, and I also suggest some reasons why this might not be such a good idea. My colleagues at Salvo have been kind enough to put my article online for the benefit of people who can’t afford to subscribe to the magazine. The following link takes you straight to my article:

The New Couplings Are Human & Robot Weddings Next?