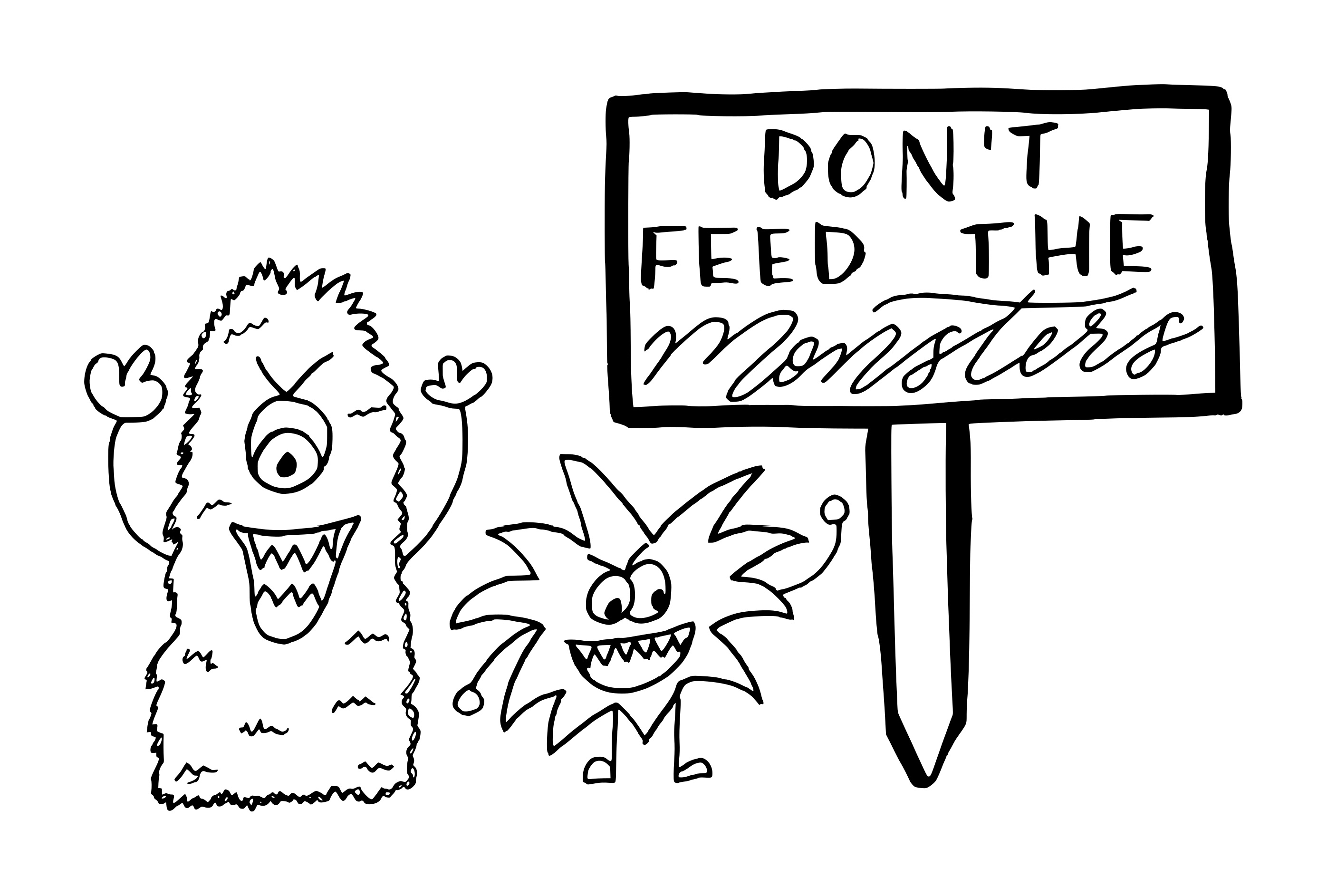 From my recent TSM post ‘The Three B’s of Mindfulness: Breath, Body and Brain‘:

Unwanted toxic thoughts can be a bit like dealing with monsters. Suppose your house happens to get overrun by monsters in the near future. In that case, you have three choices. Either you can feed the monsters, in which case they will stick around. Or you can fight the monsters, in which case you may get clobbered and defeated while the monsters only become stronger. Or you can do your best to simply ignore the monsters. If you choose to ignore the monsters, maybe they will go away or maybe they won’t, but even if they stick around, you will have learned to treat them with the contempt they deserve and they will have lost their hold over you.

Similarly, if we fight unwanted thoughts head-on, then we are focusing on the very thing we want to rid ourselves of, leading to a phenomenon that psychologists call the “Ironic process theory” or “the white bear problem.” Researchers have found that trying to directly suppress unwanted thoughts is about as successful as telling someone not to imagine a polar bear. The very act of trying not to imagine a white bear inevitably recalls the white bear to mind; similarly, the very act of struggling not to think toxic unwanted thoughts is sure to bring the thought to mind, creating a wearying cycle of mental exhaustion and frustration. What tends to work much better is to treat unwanted thoughts with the contempt they deserve, and that means that we don’t feed them and we don’t fight them; instead we focus on what is important to us—our values, our goals, our core beliefs—and do our best to simply ignore the toxic thoughts.

Josef Pieper and the Lost art of Leisure