The Task of Christian Parents 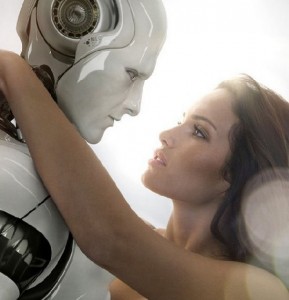 The technology of social robotics is advancing so fast that there could soon be robots that are virtually indistinguishable from human beings, both in how they look and also in how they act. In the picture on the right it is obvious that the object on the left is a robot, but with the pace of technology being what it is, we may soon have robots that look (and even act) like the human on the right. When this day arrives, inevitably people will want to know if they will be allowed to marry their robots. Believe it or not, lawyers and academics are already discussing the ethics and legality of human-robot marriages.

Below are links to my entire series of posts on this upcoming phenomenon, with a brief summary of each article.

Marriage Between Humans and Robots (part 1)

This post explores how popular opinion is gradually shifting from considering anthropological robots to be potentially hazardous to considering them as help-meets towards greater human flourishing. Far from being a matter only of science fiction, many serious thinkers see human-robot relationships as the next stage in our evolutionary development.

Marriage Between Humans and Robots (Part 2)

This post continues the discussion by looking at some of the legal issues that scholars around the world are exploring, as they discuss whether the legal infrastructure is already in place to legitimize the principle of marriage to mechanical humanoids.

Marriage Between Humans and Robots (Part 3)

This post considers three assumptions prevalent in our society which could legitimize the principle of human-robot relationships. The first is that marriage has no boundaries. The second is that humans are machines anyway. The third is that since love is a chemical reaction anyway, it is irrelevant whether the object of that reaction happens to be human or mechanical.

Marriage Between Humans and Robots (Part 4)

In Part 4 of this series I suggest that by attending to the way human beings already interact with their machines, we see that the plausibility structures are already substantially in place for marriages with machines. As computer-mediated relationships continue to atrophy the specifically human dimensions of social contact, our species is approaching a point of psychological and emotional readiness to begin romancing robots.