Sherry Turkle on Being Alone Together 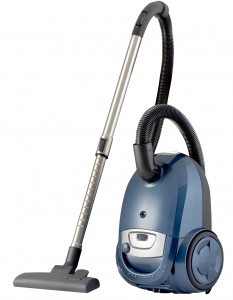 One of the things I said I would do with this new blog is to give my readers regular updates on what I’m reading. I’ll start the ball rolling by sharing something I was reading last night.

Last night I was reading Nicholas Carr’s 2008 book The Big Switch: Rewiring the World, From Edison to Google. Having enjoyed his earlier book The Shallows, I thought it would be fun to read one of his earlier works. The Big Switch is particularly enjoyable because of all the fascinating comparisons and contrasts he makes between the rise of electrification in the late 19th and early 20th centuries and computing in the late 20th and early 21st centuries.

One of the things I found particularly intriguing was Carr’s discussion of household appliances in the early 20th century. We tend to assume that things like the vacuum cleaner, the electric iron, the laundry machine, etc. made life easier. It is true that these electric appliances replaced processes that would previously have required time-intensive human labor. However, as a whole, these inventions did not result in there being less domestic work. 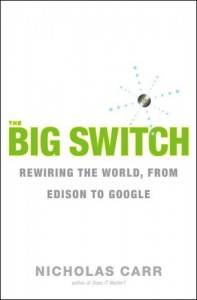 I wasn’t reading this book because of my interest in pragmatism, but this would definitely be a good example of how our pragmatic solutions to problems often end up only creating new difficulties.

Between 1912 and 1914, research had been done to find out how many hours a week women spent on domestic chores. This was prior to the widespread adoption of electric appliances. It was found that the average woman spent 56 hours on housework. Between 1925 and 1931, electric appliances had become standard, thanks to cheap portable electricity. Yet the really amazing thing is that research still found that women were spending between 50 and 60 hours a week on household chores. Even as late as 1965 the average was still 54 hours.

Now fast-forward to modern times. In 2006, similar research was once again undertaken, focusing on women who chose to devote themselves to domestic work. Again, the research showed that they were still spending between 51 and 56 hours a week.

On the surface this seems really strange. Why would women in the early 21st century spend roughly the same amount of time on household chores as women in the 1910s before the advent of the vacuum cleaner, the washing machine, the dish-washer, and so forth? 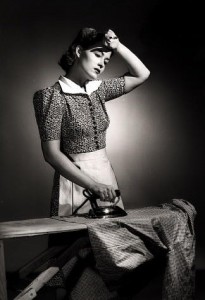 The answer – at least, according to Carr – is that expectations changed. The standards for the amount of socially-acceptable wrinkles in your blouse or dress suddenly shot up. Even children’s school clothes had to be neatly ironed. Previous to this time, the idea of children needing to appear in ironed clothes would have seemed ludicrous.

The standards for how clean your house ought to be also shot up. Instead of cleaning your rugs once or twice a year (by taking them outside and beating them), you were expected to vacuum every day.

The standards for how clean you needed to be shot up. Our idea of needing to take a shower every day, and to never wear the same underwear two days in a row, is an anomaly from the perspective of history

In short, women were suddenly expected to perform tasks every day that, in some cases, would have only been done every few months.

As the Australia online education company noted in an article about the history of home appliances in Australia,

By the 1990s, the responsibility of performing most household chores still primarily fell on women, but research found that domestic appliances may not have actually saved women a great deal of time at all.

This peculiarity may be explained by the fact that as consumption increased throughout the decades, the quantity of household chores also increased. Washing machines, for example, may have reduced the time it took to wash clothes, but the amount of clothes people owned in the 1990s had dramatically increased. Also, home appliances may have made Australians more efficient, but the general level of home cleanliness that was considered acceptable had also risen.

Equally important, the standards for what you could be expected to accomplish on your own shot up, and so domestic help (previously available to even middle-class women) ceased being available. Why would you ask for help with so many machines around? The same dilemma still plagues home-makers today, who feel they must have something wrong with them if they ask for help on routine domestic duties. Carr writes,

The psychic price of the new tools and the new roles they engendered was sometimes high… Women labored under escalating pressures: to meet the higher expectations for cleanliness and order. And, for many, electrification brought a new sense of alienation and loneliness into the home. As women took over all the work required to keep house, they often found themselves spending more of their time alone, isolated in their suburban residences. They may have had their young children to keep them company, but adult companionship was usually rare than it had been in the past when homemaking was more of a communal activity. Life had changed, in subtle as well as obvious ways.