The True Meaning of Conservatism

Before I say anything, I want to be clear that (1) this post is neither for nor against gun control, (2) I support the right of American citizens to bear arms and have written in defense of the Second Amendment (see links at the end of this article).

With that proviso out of the way, I have a few comments about what the Governor of Kentucky, Matt Bevin, said about gun control during a recent interview.

I agree with Governor Bevin’s overall point that because these killings are part of a broader issue, it is naïve and delusional to think gun control can solve this problem. I completely agreed with his diagnosis of this broader cultural problem, especially about the erosion of dignity and respect for human life. And he is certainly correct that it is totally misguided to think that problems which arise as a symptom of cultural decay can be fixed with a piece of legislation. However, does it therefore follow that relevant legislation should be eschewed? I don’t think so, and here’s why. 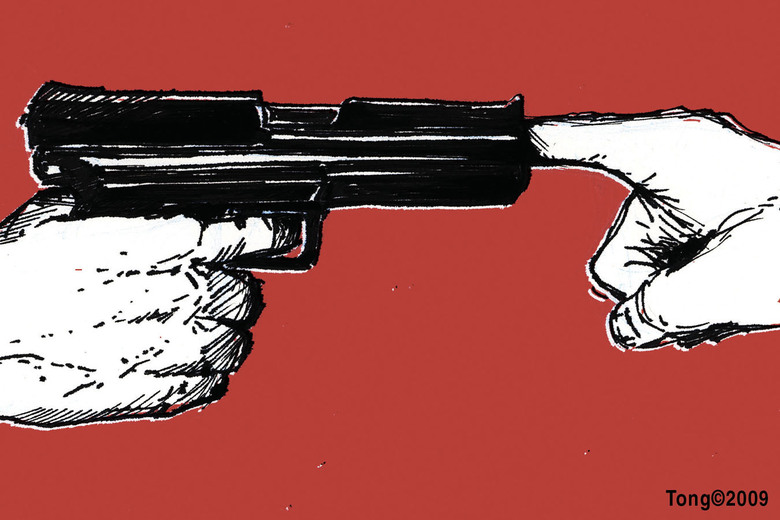 To determine whether gun control legislation is helpful or unhelpful, constitutional or unconstitutional, we need additional argumentation and data beyond the mere fact that killings are occurring because of widespread cultural decay. Insofar as Bevin does not offer such additional argumentation, his case (at least as it was presented here) is simply a non sequitur. But worse, his argument implicitly undermines the conservative case on key issues such as abortion and crime. Consider how the recognition that abortion arises because of a broader cultural decay and cannot be fixed with a single law does not mean we should stop advocating for restrictions on abortion. Or consider further that by recognizing that pedophilia is a symptom of cultural decay and can’t be fixed with a single procedure doesn’t mean that we should dispense with the procedure of requiring background checks for people working with children. Or again, recognizing that pornography arises as a symptom of cultural decay and can’t be fixed with more restrictions is irrelevant to whether or not we should oppose restrictions on allowing pornography in public. Similarly, recognizing that these horrendous killings are arising because of a broader cultural decay is completely irrelevant to the issue of gun control. The law, by its very nature, cannot address the issues of the human heart and must be recognized as limited in the scope of what it is able to accomplish. But we still need to have laws. Yet if what Governor Bevin is saying is true, then it is hard to see how there could be justification for any law.

Everyone agrees there should be some type of gun control. This governor would not want to see people able to buy machine guns over the counter with the same ease that people can purchase a pack of cigarettes. Similarly, advocates of gun control still want to allow guns for hunting and circumscribed private use. The question is where in the middle of this spectrum is best. That is a prudential question that needs to be based on empirical data, but if the governor’s argument (i.e., laws should not be enacted if the problem they are addressing has arises as a symptom of cultural decay) is taken at face value, then there is no reason in principle to even look at such data. Moreover, to be completely consistent with his principles, how could we object to removing the restrictions on buying machine guns over the counter with the same ease as it’s possible to purchase a pack of cigarettes?

Yes, the surge of killings is a problem rooted in cultural decay, but one of the problems with cultural decay is that then you need more rules. To determine exactly what the rules should be, and how to balance liberty and restriction, is a question that can only be determined by getting our hands dirty with the latest empirical data, as well as whatever textual data is necessarily to reach an historically-informed understanding of the constitution.

That said, I still thought that what Governor Bevin said was spot-on in diagnosis of our culture’s problems. I wish he were the governor of my state. I give him an A rather than an A plus.