I wanted to expand on some themes that Jason and I talked explored (albeit tangentially) back in the second episode of our podcast.

In this show I observed that in America today we are involved in the futile act of attempting to construct various political philosophies without reference to more foundational philosophical and anthropological questions.

These questions all hinge on their being such a thing as human nature, which will differ from the nature of a plant or an animal. So in the classical tradition, there is a certain type of nature shared by plants, which have a purely vegetative life without movement, and another nature shared by the lower animals which have movement but not rationality, and another nature possessed by humans which have both movement and rationality, and another type of nature shared by the angels, etc. In each case, the question of what it means to flourish is intrinsically connected to the question of what kind of nature is possessed by the thing in question. What it means for a stone to flourish will not be the same as what it means for a human to flourish (and by the way, a stone flourishes by sitting still most of the time, and actually falling). So the concept of a thing’s nature is key to natural philosophy, which then informs political philosophy.

What happens when we try to construct a political philosophy without reference to these questions of natural philosophy is that we come to view ourselves like machines, which do not have natures but only uses. And then, when this mechanistic view of ourselves comes to inform how we think of human society as a whole, we cease being able to make appeals to the common good because there is no given-ness of creational order in which such appeals can be rooted. The political sphere becomes so much raw material on which to exert the hegemony of raw will. 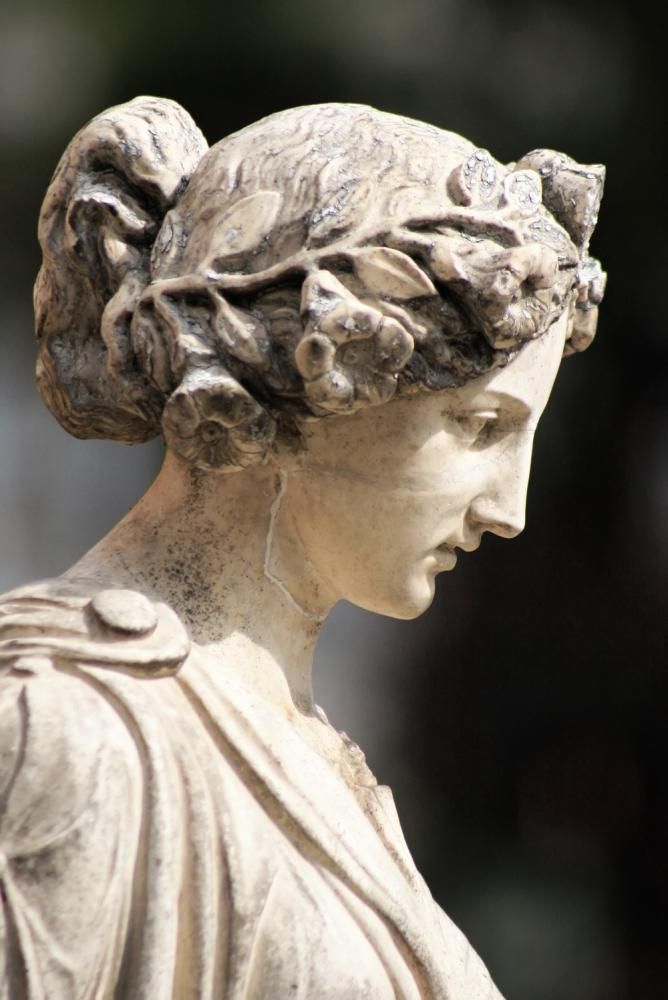 It is now almost impossible to return political discourse to considerations of teleology since the radically immanent frame of our horizons has left us without the conceptual categories to contemplate what is intrinsically abstract and invisible. And teleology is abstract and invisible, a point that can be illustrated by considering artwork.

If we take the example of a sculpture, we can empirically observe the matter of which it consists–that is to say, marble, or what we might call the art’s material cause. This matter is subject to empirical observation. We can also see the form change as the slab of marble takes shape to become a statue. We can also see the artist himself who works as the efficient cause to produce a movement of the form from a slab to a beautiful statue. All these movements and causes are subject to empirical observation. But the end towards which these movements are directed–that for which it exists and which makes it a beautiful work of art, what we might call the “final cause”–involves an idea of purpose, an artistic goal that is being realized by the earlier movements. And once we begin talking at this level about idea and purpose, we leave the realm of what is observable in concrete terms. The aesthetic dimensions (including the dimensions that contribute to a work’s art-ness and play into whether the artist has done a good job at realizing the intended end) transcend the purely physical properties that can be observed empirically. That is one of the reasons why, in the positivist culture of the twentieth-century when there was a great deal of angst about anything abstract, artists tried desperately to liberate art from the abstract. Thus, there was an entire corpus of works produced intentionally to eliminate end or purpose, and to show that teleology is purely heuristic, something arbitrarily imposed from outside. Everything becomes up for grabs, so who’s to say that a sculpture from Michelangelo qualifies as being art any more than a piece of driftwood or a pile of unworked fire bricks? What constitutes art, let alone good or bad art, comes to be seen as purely a matter of taste and opinion. And that is exactly what you would expect once it is conceded that end or purpose in art is purely a matter of opinion.

I see a similar process happening within ethics and politics. Our operating assumption is often that once you leave the realm of the imminent, and once you begin trying to inform political discourse with reference to non-concrete categories such as teleology, you enter into a realm where everything is up for grabs (so the narrative goes, although remember that this narrative is more often assumed rather than specifically explicated). Thus, we have the state of affairs that Alistair McIntaire described in the opening of After Virtue. It’s like there is no longer any middle space between facts that can be empirically verified, on the one hand, and the realm of mere emotion and opinion, on the other.

I even find a similar set of dynamics at work within Christian circles. Last year I was talking to a Christian friend on the phone, and he told me that once we leave the realm of what he called “empirical truth” and enter into the realm of truths that are abstract and invisible, there is no longer any objective criteria that can adjudicate between competing claims. Now in that particular case, this made space for a type of pious Fideism, whereby the realm of faith operates according to different principles than the outside world (which to any intellectual historian should trigger a Deism alert). In other more secular-minded people, this divided epistemology leads to the marginalizing of religious faith to the purely private and personal, so that it can be safely marginalized to occupy itself with exploration of our own interiority while the natural world gets on according to a different set of principles.