A Valentine’s Day Meditation on Marriage and Love

In 2012 I wrote that good fiction can help us grow in wisdom by inviting us to grapple with the pain, confusions and ambiguities of human experience, including experiences that we may be very different to our own. We grow into richer and deeper people by living through these experiences, even vicariously through fictional characters. 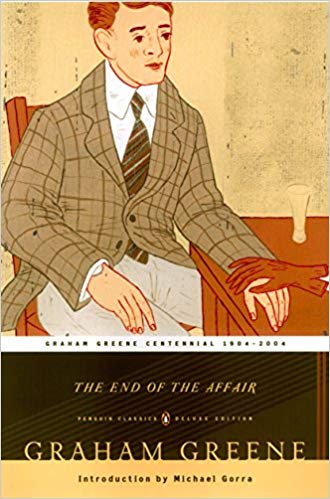 I was reminded of this recently as I’ve been reading 20th century Catholic novelists who portray the crisis of doubt. For me, two of the most intriguing works in this genre have been Silence by Shūsaku Endō, and The End of the Affair by Graham Greene.

Silence is a novel Endō wrote in 1966 showing the progression from belief to apostasy in the tumultuous context of 17th century Japan. The End of the Affair (1951) chronicles a journey in the other direction: from unbelief to faith. Both books present agonizing spiritual dilemmas for the characters, and both conclude with the faith of the main character still unresolved for the reader.

The End of the Affair explores the turmoil that arises when we want God to be silent and yet He palpably and inconveniently invades our world, demanding commitments from us that seem to only bring pain and loss in their wake. By contrast, Silence, like Psalm 13, struggles with God being completely quiet in the midst of the soul’s agonizing quest for Him. But unlike Psalm 13, which ends in praise of God, Silence ends on a deeply discordant note. By contrast,

In 2016, Silence was made into a movie by Martin Scorsese, himself a lapsed Catholic who wanted to do justice to the book’s spiritual themes. The film is an amazing work of artistry that remained true to Endo’s book, although watching it is no substitute for reading the book.