My Contribution to the Name-Changing Debate

Although we’re supposed to be living in an age where men and women are equal, in practice no one really operates according to the principles of gender equality.

Before going any further, it may be helpful to define what I mean when I talk about men and women being “unequal.”

In order for something to be equal, the 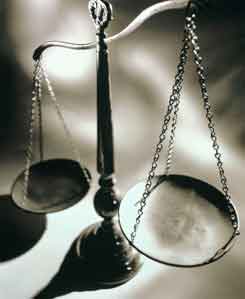 One of the problems with the statement “all people are created equal” is that it is too vague to have meaning because it doesn’t identify the variables B and C. It begs us to ask, equal in respect to what? So if we say, for example, that all people are equal, then we need to ask: what is the quality shared in common by all people which render them equal?

This same question must be asked about gender equality. If we say that men and women are equal, then we need to ask “equal in respect to what?”

Most people I have talked to answer this question by saying that we are talking about equality before the law. But in what sense can we say that all people are created equal before the law? Surely, whether human beings are equal before the law depends, not on the fact of their creation, but on the geography of their birth and the particular laws governing the jurisdiction into which they are born. Jews who were born into fascist Germany were tragically not equal before the law. It is at this point that most people would insist that we are not talking about whether people are actually equal but the fact that all people should be equal. That is to say, we are talking about equality as an ethical value rather than equality as a fact. If this is the case, then presumably the statement that “All people are created equal” means “all people who are created ought to be equal before the law.”  But even this statement is far from being self-evident. A baby or a prisoner does not have the same legal rights as a normal citizen, and it is far from obvious that this is a bad thing. Should children be able to vote like adult citizens? Should prisoners be able to run for mayor like free citizens? Can members of congress unionize like normal employees? Do we want to treat disabled people equally instead of giving them extra care?

It is when we ask questions like this that we find that true equality before the law is neither desirable nor practically attainable.

Further questions to ponder are these:

With these questions in mind, let’s return to the issue of gender quality. I opened this post by suggesting that although we’re supposed to be living in an age where men and women are equal, in practice no one, not even feminists, really operates according to the principles of gender equality. No one really believes that men and women ought to have equal rights under the law, nor we do really believe that men and women are or ought to be equal in respect to their functions in society.

In his book The Retreat of Reason: Political Correctness and the Corruption of Public Debate in Modern Britain, Anthony Browne showed that gender inequality is not only accepted in many instances, but is something we consider laudable and defensible. Browne writes:

“Young men pay higher rates for car insurance than young women and older men, because young men are, on average, more dangerous drivers than young women and older men. A young man who is a safe driver is thus discriminated against because of the characteristics of other people in his age and sex group….Anti-discrimination campaigners may publicly declare that all discrimination on the grounds of sex should be outlawed, but they are unlikely to agree that all men should have the right to use women’s toilers, that men should be allowed to go to women’s gyms, or to demand overturning the right of women’s clothes shops to refuse to employ men….Men pay smaller pension contributions than women for a given level of private pension, for the simple reason that, on average, they have shorter lives and so on average claim less….The various forms of rational discrimination that are widely accepted are not often called discrimination – although that is clearly what they are – because accepting that some discrimination is actually essential to the working of a society would undermine the public acceptance of a ‘zero tolerance of all forms of discrimination’. The war on discrimination would become meaningless if there were general public awareness that actually some forms of discrimination are needed.”

The point is that gender inequality, like discrimination, is sometimes good and sometimes bad and must be considered on a case by case basis. I made this point in my 2011 article ‘Gender Equality Takes Center Stage‘ where I pointed out that sex discrimination simply means treating a person differently than you would if that person were a different gender. For example, when a man dates a woman he is, in a sense, ‘discriminating’ since he would not offer the same treatment to members of his own gender category, unless of course he is gay. In short, there are many cases where men and women are unequal, and these are diversities to be celebrated rather than inequalities to be lamented. The real question, therefore, is not whether something is a case of discrimination, but whether it is a case of justifiable discrimination.