8 Gnostic Myths You May Have Imbibed 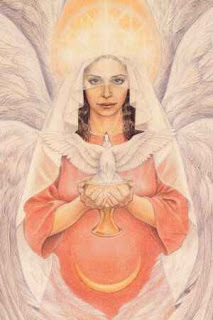 I’ve recently been researching the history of Gnosticism and I am struck by the number of Gnostic tendencies that the modern church has imbibed without realizing it. This post assumes readers will know what Gnosticism is, but if you do not and would like a good overview of it, see the following articles:

Following are eight Gnostic myths that much of the contemporary evangelical church has adopted (and obviously I am generalizing, a practice I defend here).

By relocating the nexus of religion in the private experience of each individual and self-consciously downplaying the public and corporate aspects connoted by the word “religion”, much of contemporary evangelicalism has unknowingly drunk deeply from the wells of Gnosticism. In the process, much of the modern church has lost the categories with which to think about Christendom, viewing the faith primarily through an individualistic lens.

Gnostic Myth # 2: Salvation Means Going to Heaven When You Die

For much of the contemporary evangelical community, the doctrine of bodily resurrection of believers has been eclipsed by the innovation that salvation means living in heaven for eternity. It is revealing that many evangelicals find nothing amiss with the idea that the immortality of the soul, not the resurrection of the body, is the goal of personal salvation. Moreover, recent surveys have shown that many Christians no longer believe that their bodies will be resurrected at all.

Those interested in exploring this further should continue reading this paper or consult the following resources:

Under the influence of Gnostic myth # 2, as well as various eschatologies which teach a lack of organic continuity between what happens during this age and the future renewal, many Christians have colluded with the Gnostic notion that what happens in this world is unimportant to God.

Those interested in exploring this aspect further would do well to consult the following resources:

Having been suckered into embracing a number of Gnostic dualisms, many modern Christians automatically think that institutional religion is at odds with genuine heart-felt faith, and that whatever we give to the former is less we have for the latter.

Those interested in exploring this aspect further should consult

Agreeing with the Gnostics that the physical world is destined for the cosmic rubbish heap, many evangelicals have assumed that the only work which lasts forever is the work of saving souls. Raising families, building cathedrals, reading novels and trimming hedges are only of temporal importance. This is often motivated by an unconscious dualism between creation and redemption, as if God’s purposes for the latter had nothing to do with His original intensions in the former.

Those interested in exploring this further should consult the following resources:

Gnostic Myth # 6: Jesus’ Kingdom is not of this World

Having misinterpreted the Greek of Jesus’ words in John 18:36, many evangelicals have been given the perfect excuse for rushing like lemmings off the cliff of Orthodoxy into the swirling currents of Gnosticism, where they have been drowned in the idea that God’s Kingdom is anything but the rule of Christ on the earth.

An assumption among much popular Protestantism (although it is not to be found in the Protestant creeds) is that in order to be saved by the gospel one must understand the gospel. The idea that genuine faith must be self-conscious faith has unconsciously oriented many evangelicals to locate the soteriological nexus in a cognitive state, whether faith, doctrinal exactitude or personal assurance. John Wesley, for example, came close to suggesting that salvation was impossible outside the cognitive state of ‘assurance.’ “I never yet knew,” he told an enquirer in 1740, “one soul thus saved, without what you call ‘the faith of assurance’: I mean a sure confidence, that by the merits of Christ he was reconciled to the favour of God.” The Journal of the Rev. John Wesley, A.M. , ed. N. Curnock, Vol. 2 (London, 1911), pp. 333 f.

Equally one finds that the ability to articulate justification in broadly sola fide categories becomes the litmus test for whether a person is truly saved. Ironically these external tokens of salvation are often held up as the alternative to the legalistic superstition that is allegedly operative whenever external rituals like circumcision, baptism or works are viewed as proof of salvation.

Those interested in reading more about this should consult

Echoing the anti-creational orientation of classical Gnosticism, much of the modern evangelical community is uncomfortable acknowledging that God’s grace can be mediated through physical means and instruments. The sacraments are thus reduced to mere symbols for the much more important work which is invisible and non-physical.

This mentality has led some evangelicals to making anti-sacramentalism a central pillar in defining their movement. For example, the ministers of the London Baptist Association defined Evangelicalism as being “in opposition to Sacramentarianism; the simplicity of the communion of the Lord’s Supper, in opposition to the doctrine of the Real Presence” From The Christian, 5 October 1888, p. 5, cited by by D.W. Bebbington in Evangelicalism in Modern Britain: A History from the 1730s to the 1980s , Unwin Hyman Ltd, 1989, p. 4.

Those interested in understanding some of the historical factors that has led to this situation (at least as far as American Christianity is concerned), should check out the following resources:

These and other Gnostic tendencies within Protestantism may well be one of the reasons so many evangelicals have been turning to Roman Catholicism and Eastern Orthodoxy for spiritual consolation, although it is certain that both these traditions are not without their own unique manifestations of crypto Gnosticism.