The Meaning of “Fallen Nature” 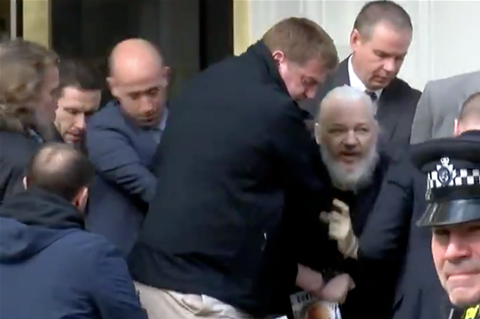 Edward Snowden makes some insightful observations about the double standard of justice that is occurring with the indictment against Julian Assange vs. the DOJ’s decision not to charge President Trump. Read carefully what Snowden says and reflect on the implications.

“The special counsel says they find 10 separate instances, I think, where it appears that Trump or people in his administration are basically conspiring to obstruct justice. But the special counsel does not conclude, again, to pin this to Trump as breaking the law, in a very interesting way, given the context of what we’re talking about. They go, ‘Look, Trump absolutely ordered all these people in his periphery to shut it down. He tried to fire Mueller, he tried to get rid of, and all these other people, I can’t remember if it was Sessions or whatever. But he tried and he told his White House counsel, he told all these guys, ‘Stop this. Get it done. Protect me. Shut this thing down.’ Which is obvious obstruction, right? Or at least, a conspiracy to commit obstruction.

But Mueller says, it didn’t actually result in obstruction, because the people that Trump ordered to do this simply ignored him. They went off and told their buddies, ‘Trump is telling me to do crazy things, I’m preparing my resignation letter, all of these other things,’ and so, they say, ‘Donald Trump didn’t actually commit obstruction. And so we’re not going to charge him. Maybe there’s something in here that congress wants to bring or whatever, but we’re not going to bring it.’
And the Attorney General, immediately when he saw this, who’s really carrying water for Trump all day long on this issue … he’s spinning the reports, doing all these things, says, ‘We see this and you know Mueller didn’t charges this, we’re not going to charge this, no obstruction, no collusion, whatever. Let’s move on.’
But so, isn’t that interesting? The DOJ’s defense of not charging Trump in this case is they say he tried to commit a crime [obstruction] but he was too hapless and he failed to actually do this. And we’re not going to charge him with conspiracy for doing it. And at the same time, they’re charging Julian Assange under precisely the opposite theory. They go, ‘Look, Julian may not have actually cracked a password, we don’t have any evidence that he did, we’re not going to try to prove that he did, we’re going to simply say the agreement to try was enough.’
“So this is a real question of a two-tiered system of justice. Why do we have this double standard here, where if you’re the president and try to commit a crime, you can skate, but if you’re a journalist, if you’re a publisher, particularly who’s vulnerable because you’ve gone too far out on a limb and now you’ve lost public support and popularity, everybody’s against you… but no one, no one can argue that the work you’ve done in the past hasn’t been of real public interest – it may not have been — to the party’s benefit, it’s very controversial, no doubt about that. But the newspapers are all running these stories, saying these are important stories, these are about real centers of power in the world.

Why is it that journalists are being held to a higher standard of behavior than the President of the United States?”