Aroma and the Enlightenment

At my old blog I did a series of articles on the spirituality of scent. (To get a complete set of links to this series, click HERE. More recently I’ve become interested, not in the spirituality of aroma, but in the psychology of aroma. I had the opportunity last week to publish some of my research on the psychology of scent for the Taylor Study Method in an article titled ‘The Power of Positive Smelling‘. Here is a selection from the article: 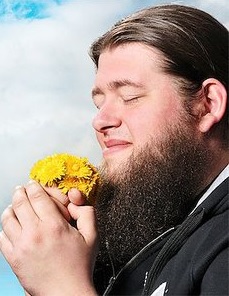 Researchers at the University of Virginia found that the aroma from flowers are no longer being carried on the wind like they used to but are instead neutralized by pollutants. Their research, which was published in a 2008 edition of the journal Atmospheric Environment, showed that scent molecules produced by flowers in a pre-industrial environment could travel as far as half a mile from the flower. By contrast, in today’s polluted environment downwind of major cities, the scents of flowers may travel less than about 600 feet. This has led smell expert Avery Gilbert to lament that in our sanitized world, pungent smellscapes of the past are disappearing. The vacuum created by the loss of natural smells has been filled with many artificial substitutes. Some of these substitutes are intentional, like perfumes and air-fresheners, while others come as unintentional byproducts of our industrialized lifestyle, such as the smell of gasses emitted through vehicle exhaust. Many of these artificial smells have become so ubiquitous that we often don’t even recognize them. By contrast, odors that would have been considered perfectly natural throughout most of human history, such as the smell of people and animals, are painstakingly banished from modern life. This has had tragic consequences because the sense of smell is the sense that is most closely tied with the area of the brain associated with emotion, memory and a sense of well-being. Because we don’t understand the important role that smell plays in human well-being, the institutions that ought be the most concerned about offering a welcoming and soothing aroma to troubled individuals, including hospitals, doctor’s offices, therapy clinics and psyche wards, often smell more sterile and “dead” of anywhere….

One of the reasons why aroma plays such a crucial role in human flourishing is that our sense of smell is the sense that is most closely tied with the area of the brain associated with emotion and memory. Both emotion and smell share the same network of neural structures in the limbic system, the most ancient and primal part of the human brain.  As David Myers explains in his book Psychology, “A hotline runs between the brain area that gets information from the nose and the brain’s ancient limbic centers associated with memory and emotions.” (For a scientific discussion of what happens in the brain when we smell different aromas, see the section ‘Olfactory processing streams in the brain’ in the article ‘Effects of odor on emotion, with implications.’)

Many people don’t realize it, but even what we perceive as flavor in food originates with the sense of smell. (For more information about this, see Anne Underwood’s Newsweek article ‘A New Book Explains the Science of Smell.’)